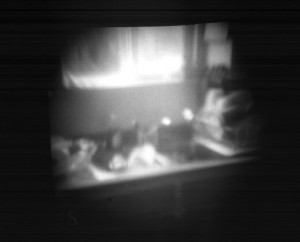 The basic human necessity is food, clothing and shelter. Clothing especially is extremely fascinating to people from shopaholics to a simple man. With options like lavish malls and boutiques, the experience of buying clothes becomes better. You get a chance to pick and skip clothes with the facility of trial rooms. But what if this facility turns out to be a bane? A lot can happen in that closed space good enough to hamper and bruise one’s spirit.

A very easy to use gadget, a spy camera is surely not harmless. The spy camera can be linked to a computer and configured to transmit the signal on the Internet, or over a network. The spy camera, antenna, DC/AC adaptor and wires can be put together in less than five minutes. Spy cams can transmit the wireless signal to 1000 feet, through walls and obstructions. Some of them come with night vision facility and are powered by mains adaptor or battery. An audio facility is available on most covert cameras, which picks up speech up to 20 feet away.

These spy cams were once side kicks, which off late have come into the limelight. They were initially used by parents to keep a watch over their kids’ nannies while they were out working. Many took the pleasure of viewing the outside and inside of their house at any time they wanted. One could make use of these spy cameras to observe people who trespassed into the vicinity of their homes. It was created with a motive to put an end to illegal activities.

But today, be it a hotel room, trial rooms or ladies washrooms one needs to be extremely careful of such covert observations. Apart from this, intellectual property theft is perhaps one of the biggest dangers of incongruously used hidden camera devices. The potential cost to corporations of stolen intellectual property data could be exorbitant. Intellectual property data can consist of business contacts, confidential documents, computer files, or marketing plans. With this trend not likely to end in the near future, the only and best defense is to be educated about the latent misuses of spy cams. And yes, next time do think twice before entering those changing rooms.

It Seems Everything Hurts ‘Religious Sentiments’ In New India

Here’s How Public Policies Are Formulated In India