Cottage Industry – A Boon For The Indian Economy 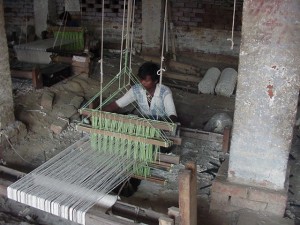 Cottage Industries also pay a major role in the economic development of any local geographic area and the nation as a whole. As someone sets up cottage industry in any rural area then the young generation has no need to go to cities for work and with industrialization facilities do arrive. Small scale industries are labour intensive so there is no need to for the labour to be too skilled which provides opportunity for everyone, employment according to the skills. Due to this opportunity everyone gets the source of income which in turn increases the Gross per Capita of the family. As the income of families living in country increases the Gross per Capita of the country increases.

NGOs and individuals can however promote the cottage industries; if a very famous personality starts endorsing a product from any cottage industry then the sales may go up. NGOs can promote these industries so that they can have advertisement without spending money on it. By making people aware that using cottage industry product is beneficial to them and the country’s economy only. Barefoot College in Tilonia (Rajasthan) is doing a great job at this.

A little effort can be the reason of change. I hope all these cottage industries will be flourishing and will bring a very good change in the lives of individuals and the step towards cottage or low scale firms is the boon for the Country’s economy.

Even After A Year Of Protesting, The Farmers’ Spirit Remains Unbroken

Your Guide To Living Life On Your Own Terms. Cue: We Talk Money Here