Evolution Of Internet In India: The Indispensable Visage Of Media 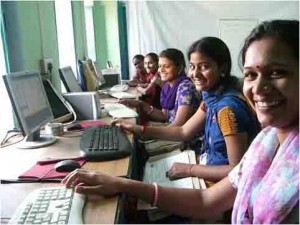 Internet is one component which has recently become the key ingredient of quick and rapid lifestyle. Be it for communication or explorations, connecting with people or for official purposes, ‘internet’ has become the central-hub for all.

There is a funny quote that saysÂ ‘Anything not in Google does not exist’. This essentially states that internet has everything and anything that a man needs virtually. Narrowing down the broad view and classification of internet, it’s intervention into education, corporate sector, military, fashion, entertainment, communication and travel, so on, Internet, has become the ‘sixth element’ of life!

Cutting the long story short, settling upon the topic ‘India and the Internet’, many changes of events are being envisaged and experienced. Indian system of governing is a marshy affair, eliminating that complicated segment of discussion, let us look at the changes internet (the most powerful branch of media) has created in our peninsula.

Pausing at the year 2005, it is simple to look forward into the years of 2006-till date. All the chief facilities were introduced in the early period of internet-evolution, whatever that happened later on was just an emulation of the earlier innovations.

When media was merely confined to magazines, papers, journals, television, radio; internet was a mammoth step taken by the elites.

Kudos to the makers of the Cyber-World!

Online Predators: Here Is Why You Need To Be Careful About Your Digital Safety!

S. Nambi Narayanan: A Patriot Turned Into A Traitor By A Broken System