College And Education: Where Is It Headed? 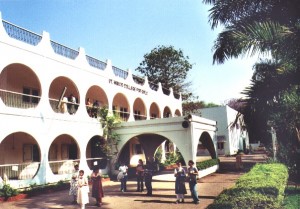 One of the biggest moments in any college life is the day of career fair or campus placement. It is a day on which every engineer or any other professional polishes his/her shoes, dresses so well that it reflects a different personality from everyday life, and adds enough keywords in his/her resume that it catches the eye of interviewer in seconds.

It has become a norm in colleges, mainly in engineering colleges and top B-schools to bring in companies for selection of the final year students. If it is a top notch college, then one doesn’t need to fight with others or take any written test to qualify for the next round. In case it is not, then one has to differentiate himself/herself from others through standardized tests. At the end, colleges buy advertisement to boast about the number of student selections in next day’s newspapers.

Is this the only purpose of these colleges — to provide these students with skills and place them in industry? Isn’t there any other objective of education? An objective to provide an education to these students to enable them to think for themselves and to make them stand for something that matters to them, instead of manufacturing them for the industry.

It is very rare to hear news about fresh college graduates taking their life decisions and choosing entrepreneurship as a career. IIMs and other institutions are generally famous for the high packages their students get at the end of the graduation. Such types of news encourage others to long for such careers.

In the decade of academic inflation, where we have hordes of engineering, management, and medical colleges providing degrees to millions of students every year, the value of degrees is going down which in turn is increasing the competition for students to opt for higher and higher degrees.

The present decade will decide the sustainability of such a huge numbers of colleges which are not equipped for 21st century world. In order to sustain, they will have to also encourage entrepreneurship among their students. As entrepreneurship is a non-linear career path, thus any effort by students should be encouraged. After all, it will the number of companies started by students that will win the praise to the college rather than number students recruited by the companies.

Your Six-Point Guide To The Best CLAT Preparation Strategy

I Was Often Asked By Americans, “Why Do So Many Indians Pursue Engineering?”