Of English, Hinglish And Jugaad 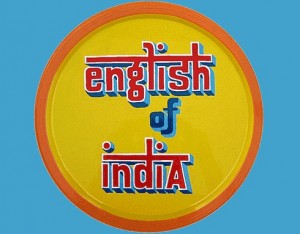 “The use of English is a hindrance to original thinking, progenitor of inferiority feelings and a gap between the educated and uneducated public. Come, let us unite to restore Hindi to its original glory.” – Ram Manohar Lohia

You probably would think the statement was made in a wave of nationalist feeling in the pre-Independence era. You would be wrong of course. For many educated men, the perception of English and its alien base has persisted long after the English left.

Thomas Babington Macaulay is often credited and discredited for officially bringing the English language to India. His ‘Indian in blood and colour, but English in taste, in opinion, in morals and in intellect’ is bound to cause resentment amongst even the most vociferous supporters of the language.

Of course, part of the resentment associated with English stems from the fact that only a fraction of a population speaks it. And some very determined politicians want it to remain a fraction. Politicians, who don’t hesitate in sending their kids abroad to study, argue against English being made a compulsory language, for a variety of convoluted reasons- It is anti-nationalist, lots of children fail in English and thus lose interest in studying altogether.

Yet, for a foreign language, English has gained a kind of acceptance and pervasiveness that just can’t be superseded by any other language. It is no longer restricted to the elite and the academia. India owes its unprecedented rise in the call centre industry, which opened doors of employment for thousands of graduates from all over India, to English. For the young urban, who have been fed the steady diet of American shows such asÂ Friends and The Simpsons, there is a sort of trendiness associated with the language.

What was previously a battle of dominance with Hindi has now paved way for peaceful co-existence with the development of ‘Hinglish‘ as the lingua franca (language used for convenience). Given its ubiquity, the advertising world has been quick to capitalise on it. Domino’s, ‘Hungry Kya?’ ‘G maane Genius’ or Pepsi’s ‘Dil Maange More‘ have easily struck a chord with the general public.

Indians that we are, we don’t leave any opportunity to make our presence known. Pre-pone is now a word in Oxford Dictionary, with due credit given to India. Perhaps the day is not far when ‘Jugaad‘ will make it to Oxford.

Forwarding Messages is Actually Setting Us Behind