Protecting The National Heritage: Here’s How 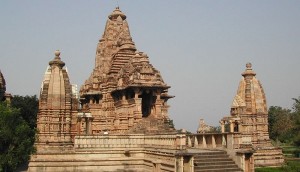 “India is a vast country; it contains multitudes.”

India has an extraordinary, vast and diverse pool of cultural heritage and ancient monuments in the form of buildings and other archaeological sites and remains. The sheer number of these historic heritages is astounding. And the fact that these monuments are the reminiscence of the living witnesses of the golden historic era of over a thousand years and of the pre-independence battles, they carry a special and a well-deserved respect in the eyes of the Indians. They are the epitome of courage, stand testimony to the evolution and are a symbol of cultural expressions.

The Archaeological Survey of India (ASI) describes ancient monument as “Ancient Monument means any structure, erection or monument, or any tumulus or place of interment, or any cave, rock-sculpture, inscription or monolith which is of historical, archaeological or artistic interest and which has been in existence for not less than 100 years”. Some of these ancient heritages include The Taj Mahal, Agra; Qutub Minar, Delhi; Tomb at Sikandara, Qutb Minar, Sanchi and Mathura; Ajantaa and Ellora Caves, Nasik, Maharashtra; The Jantar Mantar, Delhi, Jaipur; The Red Fort, Delhi; The Charminar, Hyderabad and others. There are about a thousand more such places spread all over India. Also included are other palaces, forts, epigraphs, coins, drawings, architecture, wells and sculptures.

Most of the sculptures in historic temples and tourist places have been damaged by vandals and inscribed gold/silver/bronze idols have been taken out of the country, the epigraphs are vanishing during construction of additional facilities in old temples and mindless applying of fresh coat of paint during renovation. Some monuments have gone missing due to encroachment, granite quarrying and construction of dwelling units near the temples and collapse of fort walls.

For the maintenance of ancient monuments and archaeological sites and remains of national importance the ASI has divided the entire country into 24 Circles. The ASI has a large work force of trained archaeologists, conservators, epigraphist, architects and scientists for conducting archaeological research projects. Earlier a lot of laws and acts had been passed by the government to protect these monuments, but major of them were done on structures that were beneficial to the contemporary society. Also, the work that was carried out had a dearth of funds, enthusiasm and awareness. Later the ‘Ancient Monuments and Preservation Act, 1904’ was passed with the prime objective to ensure the proper upkeep and repair of ancient buildings in private ownership excepting such as those used for religious purposes. Under this program, the conservation work is carried out in three main broad categories:

In today’s competitive world, we have to preserve the monuments and showcase them to the next generation as the contributions or achievements of our ancestors. A little effort on our side can create drastic changes that will make the past, the present and the future generations of the country and the world proud of India.