Divorce Between Parents: A Dead End For The Children 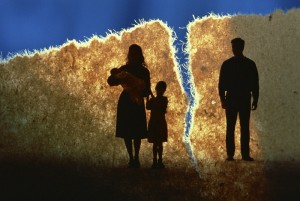 Marriage is considered to be by far the most pious union of two souls. But life isn’t a fairy tale and acrimonious most of the times. Marriage in itself is a herculean task where couple come from diverse background, different family values, and personality, barring a few things in common that brings them together in the first place. They are compelled to tune in with each other against all odds. With changing lifestyles, emotional compatibility plays a major role and if not acquired leads to harrowing situations like divorce.

It is an acceptable situation wherein soul-mates cannot remain together but there are multitudinous rush of emotions that children face during such traumatic phase. The impact can be so tremendous that it can lead to a distorted future of the kid. It is painful for children who do not even understand the intricacies of life. They are left with unsolved questions in mind and eventually end up blaming themselves.

The most common and one of the most devastating effects on a child is fear of abandonment by the remaining parent. A feeling of helplessness crawls in the child when there is a realization of the broken parenthood. It is followed by a lowered self esteem leading to depression. It immensely affects to the studies. Poor grades, lack of interest in studies are alarming signs towards it.

The behavioral changes can be seen in varying age groups. When their parents divorce, children feel as if their stability, their security, and their world are all falling apart. Like preschoolers may become less imaginative and cooperative in their play. Adolescents do understand the gravity of the situation and seem to mature more quickly following a divorce. They take on increased responsibilities in the home, show an increased appreciation of money, but to cope up with such an atmosphere isn’t a cake walk for them as well. Kids tend to turn rebellious with a feeling of resentment. An increased level of anxiety is generally a matter of concern. Such psychological breakdowns lead to emotional pangs, violent behavior, drug abuse, and sometimes even suicide.

I beseech the youth today to be emotional rather than being rational. Because when the pillars of parenthood shake the tremors leave an indelible impact on children marring their future.