“Work In Progress”, Even Months After CWG 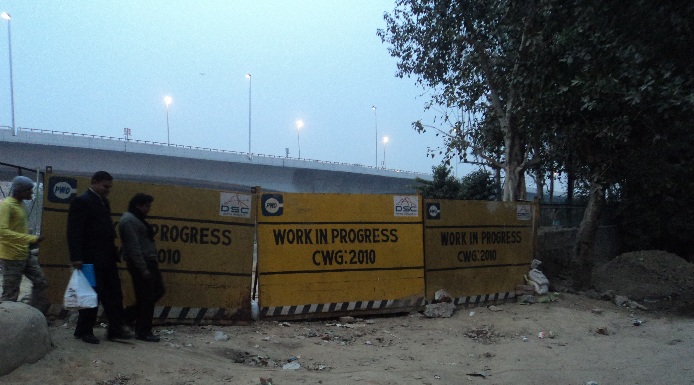 Even after 4 months of holding successful Commonwealth Games in October 2010, the capital of India, Delhi, is still stuck with the memories of the biggest ever scammed event of the country. This not only is bringing a bad name to the departments but also hitting the financial bone, which is already hurt with bloody 70,000 crores.

It’s going to be almost a half year since we hosted the biggest sporting event in our country, and the whole of Asia, the players have happily moved back to their respective countries and the organizers are being grilled for their wrong doings and some of them have been found guilty. But the roads of Delhi are still not out of the Games fever. Work is still in progress and Shera is still pointing towards the games lane ahead on many places and roads of the national capital.

These hoardings and dummies are not only screaming about the red tapism in Indian departments, but also causing a revenue loss to the departments. If you go from CGO towards Moolchand, there is a Barapullah Flyover which was supposed to have a connector on this road, before 3rd October-2010, and this connector still boasts of a board written ‘Work in progress for CWG 2010’ on it. If you go towards Rajghat you will find many such roadside markers and boards on which Shera points towards the stadia and welcomes you with folded hands. 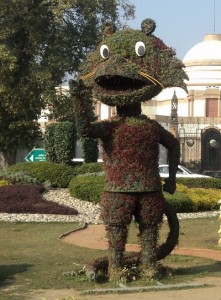 Near India Gate, on the roadside bushy platform, there stands a Shera crafted beautifully from bushes; yes it was definitely a message of green and sign of prosperity for the country and for the players and tourists. But now the bushes have got greener and are assisted by a bushy board of CWG, both in the same condition, shabby and still unremoved. Even the Dilli ka Dil Connaught Place is also lamenting the wounds of renovation, which are still unhealed – even 4 months past the games. Many noticeable and prime parts, be it inner or outer, roads or parks are still decorated with the CWG stuff. Don’t know when they would take them off; perhaps we shall wait for Olympics or a bigger scammed event.

The writer is a Journalist with the Times Of India group.