Advent Of Science In The Field Of Law

The relationship between science and law has taken up a great speed with new advancements made in the field of science during the past few decades. With growing number of experiments, which is a peculiar feature of science, new tests and methods have been developed which are strengthening the relationships even further. These new methods have helped law in achieving its objective that is social order and has also helped in the development of law by giving it new dimensions. This ever growing and indispensable relationship can be understood by taking examples of developments in the field of criminology. For instance, Narco Analysis. 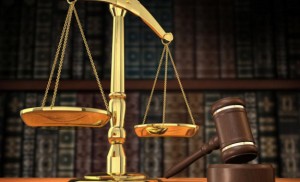 Notwithstanding the constitutionality of this test, a testimony given under a Narco analysis test is helpful in finding out whether a person is guilty or not guilty where a person is put under a semi-conscious state where it becomes difficult for him to lie and his answers would be restricted to facts he is already aware of. This test has been used and has proved to be successful in important cases like the Nithari case and Ajmal Kasab’s interrogation in the 26/11 terror attacks.

Further, the developments made in Forensic science and its effects in law are also noteworthy. For instance, DNA profiling, is useful for parental testing in which the legitimacy of child can be determined. It helps to find out evidences from a crime scene by using methods such as genetic fingerprinting. Unknown dead bodies can also be identified through this method. Due to this, a bill on DNA profiling has been introduced in 2007 which focuses on stringent application of the same therefore, helping in the development of law by making it more specific.

Moreover, Computer science has also helped in the development of law. Computer animations which are used to make crime scenes can also be helpful in solving a case which clarifies the picture of a case.

Law is dynamic in nature and this dynamism is revealed when laws are amended and enacted according to the new developments taking place ranging from the field of science to technology. Various bills and laws are enacted like Nuclear Power Bill, DNA profiling bill, laws on ban of sex determination etc, thereby helping in the development of law.

P.S. To understand more about the relationship of law and science, one may refer and watch CONVICTION, a movie directed by Tony Goldwyn.

What Does Online Education Mean For Someone With ADHD?

The English Language Remains Aspirational, Learning has been Democratised