The Explosion Of Language Press And Media: India Ahead 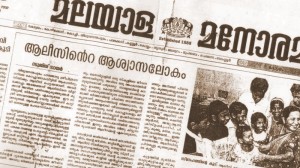 Animal Planet goes Hindi, Yahoo launches local language chat in India, Business Standard releases a Hindi version, commercial television broadcasting channels like Star TV and Zee TV focus on local languages like Bangla, Gujarati, Tamil, Odiya to name a few. This journey had begun with the release of the first daily in Hindi, Samachar Sudha Varshan, in 1854 in the print media and by Doordarshan and Akashvani radio in the broadcasting media.

Today, local language dailies are the largest read publications; the leader in this segment being Dainik Jagran with 16.0 million readers as compared to the most read English newspaper, The Times of IndiaÂ with a readership of 7.3 million. Malayala ManoramaÂ newspaper, which is published in Malayalam from Kerala, currently has a readership of over 9.9 million (with a circulation base of over 1.8 million copies) and thus has the most circulation in regional languages.Â (All figures are in accordance to the 2010 Indian Readership Survey findings).

So what is the reason behind the popularity of the vernacular medium which helps in capturing the greatest market share? The reason undoubtedly is “the connection” the local people in India feel when something is presented to them in the language they have been born hearing. It is this connection which is utilized by the publication and the media houses to cater to the needs and expectations of the locals. This leads to customer satisfaction which in turn leads to a rise in their popularity levels.

India has a population of about 1.5 billion according to the recent census, out of which only 65% of people are literate. In such a situation, a majority of the populace, especially in the rural areas, either does not know or is not comfortable with the English language. So in order to reach a major part of the population it is mandatory to use the local languages. People who can read and write prefer local dailies and magazines and people who cannot rely on television channels and movies in their local languages for gathering information or for their entertainment. Important local and global news and current affairs can be effectively transmitted through regional languages.

The percentage of Indian population accessing the internet is about 7% (2008 figures). Recent surveys have shown that in India people prefer browsing through sites in local languages, but there are only about 1200~ such sites available in the present date compared to thousands more in English. According to a recent article in The Times of India, even online advertising in regional languages has outperformed the English ones. The lower availability of such sites, translation of online English content into local languages rather than actually “creating” useful and appropriate content, the presence of quite a lot of vernacular languages to be incorporated online are some of the issues faced by the online media today.

Thus, it can be concluded that local languages have made their mark in capturing the print and the audio-visual media (TV, movies, radio) but its presence in the digital media is very low, yet growing. The time has come when all the major publications issue their dailies and magazines online in regional languages. News channels that operate in local languages, such as Mahuaa TV (Bhojpuri) should explore the online domain so as to make their content available to the masses online as well. With the usage of personal computers and internet being on a speedy rise, the day is not far when local languages will make their mark on the digital front as well.