Nations Within A Nation: #India 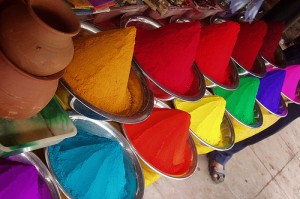 There always was a cultural flow but India, in most of its history, was an amalgamation of many kingdoms. Today we are getting used to the idea of defined identity of being an Indian and the concept of nationhood. Is Indian-ness something that can forcefully be accepted?

Aryans came and ruled. There were Greeks and Persians too, who conquered. Westerners in recent history subjugated. There were Hindu, Buddhist, Muslim and Christian rulers. But most kingdoms didn’t last long, and those which did left deep impact on identity of present India that we can feel even today.

Aryans had superior war-skills and administration. They were prosperous with their large live-stocks and subsequently they developed better agricultural techniques. Mauryans with their emphasis on better infrastructure were the largest economy of the ancient and medieval world. With lowered taxes and encouragement for personal development and freedom, Guptan kingdom became epicentre of arts, science and learning. Through its administration many aspects of Indian art, culture and religion were spread to large parts of Asia.

Mauryan and Guptan Empire declined with weak successors. Mughals integrated Turko-Persian culture with ancient Indian culture. Prosperity flowed through this integration. But when brutality and centralization replaced it, downfall of the empire began. Europeans brought new technologies and products from their industrially revolutionized continent. Along with it came new rule of law. But since they started siphoning off India’s prosperity and suppression began, their rule was challenged and ultimately done away with.

These are the kingdoms/rulers who ruled major parts of India for considerable time. One thing that is common is development and prosperity through good and effective administration. Everything other than that was different and diverse.

An Indian can be ruled by an Aryan, a Greek, a Persian, a Turk or a European. A Hindu, a Buddhist, a Muslim or a Christian can rule it. Who is there in administration comes to the front only when administration is weak.

Oneness (in this case, Indian-ness) or love for your country can’t be forced but opportunity and development is something everyone chooses, universally.

Journalist Siddique Kappan Is Behind Bars For Doing His Job. Why?