8 Ways To Resolve The War Of Egos

I witnessed a tiff between two of my colleagues in the morning. The issue was very small but they made a mountain out of a molehill. They fought childishly, blamed each other, refused to see where they went wrong. To put it very briefly, it was quite disgusting to see two thirty-plus year olds fighting like immature kids. In fact, kids today are much more mature. 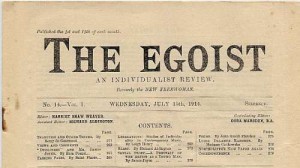 Both of them were as wrong as much as they much as they were right from their own points of view. Both had their own constraints and faults. The issue came up to our Boss, who very expertly handled it to make them realize why the whole issue had happened and where they went wrong. The entire process took 2 hours. At the end of it, did they or any of them realize what went wrong? I doubt.

They are still adamant on their stand. Each one thinks he/she was right. Maybe their feelings were hurt by the other. Or maybe it was their ego. Each could have sobered down to make the other understand but they did not. Why should I? Is what each one of them said. The realization needs to come from within. And that needs a certain level of maturity.

We meet all kinds of people in our daily lives — Smart, over-smart, cunning, stupid, slow, dominating, intelligent. All of them won’t behave the way we want them to. Does that mean we will get into arguments with everyone and spread ill feelings?

By being aware and following some steps, we can avoid conflicts in our daily life:

Meet Chotu, The Hardworking Car-Washer Who Has No Complaints From Life

Ahsaas Channa Is Shining In Bollywood At Just 21!

Opinion: Here’s Why Muslims Should Support The AIMIM In UP