Easy Availability Of Adult Content To Minors: Where Do We Draw The Line?

A teenaged neighbor of mine along with her group of friends went off to watch the much awaited ‘Dum Maaro Dum’ but alas they were forbidden to enter as it had an adult (A) certification. These little chipmunks did no wonders but just bought a pirated DVD from a local seller and watched the movie happily after. 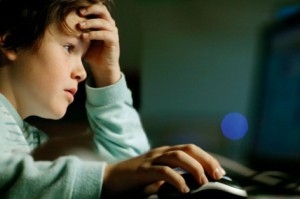 How often do we witness the same scenario? I bet almost daily. What is the access to an adult certified movie? A proof of being an adult? Nah!! Walk off to a cheap DVD stall nearby and spend merely 50 bucks or so to lay your hands on such movies. The piracy of adult content is not just limited to movies, but has widely spread its legs into pornography.

The matter which seemed to be trifling initially is gaining gravity with each passing second. The easy permit to such adult contents can create an adverse and negative impact on the young minds. According to a study; exposure to pornography can lead to involvement in sex practices of an abnormal nature.

Such explicit materials turn out to be confusing and so kids do not relate emotionally to it & fail to understand what they are looking at. They consider it perfectly acceptable to engage in irresponsible sex practices. Venereal disease and unplanned pregnancies are the most common outcomes to an early exposure to pornography. Such kids tend to become antisocial, disloyal, violent & insensitive socially as well as ethically.

The rampant abuse of internet usage cannot be controlled but a timely check and proper guidance against such crude material can surely close the doors to pornography and explicit content.

What do you think? Should pornography be banned for children below the age of 18? If yes, then what do you think are the ways a check can be maintained? Comment using the Facebook form below or use the comment box.