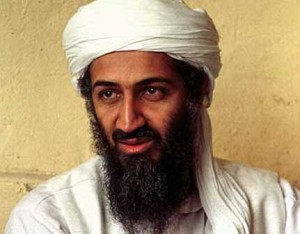 Bin Laden’s was one of the few organizations initially funded by the United States of America to fight Russian forces entering Afghanistan.

In his speech at 9:15 am (IST), Barack Obama told it all about how this operation took place. Highlights from his speech are as follows:

“Tonight, I can report to the United States and the world that an American operation has killedÂ Osama Bin Laden, the leader of Al Qaeda.” “9/11 had been sered into our memory, we still remember the black smoke growing up in Pentagon and we went to war against Al Qaeda to protect our friends – we removed the Taliban Government from Afghanistan – yet Osama was avoided capture. I asked the CIA chief to issue a catch or kill order against him. I was briefed a while about Osama being in Pakistan.Â I authorized an operation today and US saw the operation in Pakistan…after a dire fight they killed Osama outside a mansion in Islamabad and took custody of his body.”

“Death of Bin Laden marks most significant achievement in our fight against terrorism.”

Obama also made it clear that the US is not at a fight against Islam, saying, ” We are not at war against Islam as Bin Laden was not a Muslim leader, but a mass murderer of Muslims”. ” We had decided that we would take action within Pakistan if we came to know Bin Laden was in Pakistan”. It took nine months for the US intelligence to confirm about Osama’s presence in Pakistan.

Reaffirming that the fight against terror is not over, Obama added, “we will never tolerate our security being threatened”…“justice has been done.”Â “thanks to the countless intelligence professionals”… “thanks to the men who carried out this operation”

Bin Laden’s body is currently with the United States of America. In a just-in statement by P. Chidambaram, the Home Minister has made it clear that this goes to show that Pakistan has become the center of global terrorism.

While many journalists are still waiting for a proof of confirmation about Osama’s death, this is not the end to a fight against terrorism, it is just theÂ beginning. Bin Laden had already begun the passing on of his torch to younger Al-Qaeda members.