Organ donation, as most would agree, is the ultimate way in which you can gift life to another person in need. The idea of organ donation is fast catching up with the world. 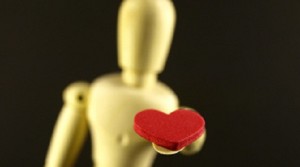 Organ donation is a planned procedure. When a person who has pledged to donate his or her organs upon death passes away, specialized teams from hospitals are sent to retrieve the organs. These organs are then transplanted into the body of another person. The gap between the number of organs required and the number of organs donated is huge- more so in relatively less technologically advanced countries where the idea is not yet as popular.

The issue raised here is one that questions morals and is quite subject to debate. Some people are of the opinion that no human being has the right to decide the importance that should be imparted to someone else’s life- and rightly so! It is quite impossible to give this prerogative to another human being.

However, with all this said, the question still remains. There are many court cases and petitions filed regarding this issue where people have raised the question about whose life is more important.

In the USA, there is a separate agency that is especially formed to calculate the score points indicating the intensity of need. In India, however, no such system exists.

This makes reasonable and just decision making a hurdle.

The question that remains is whether it is justified for a person who would have otherwise reached the end of his life to continue living just because there is technology that can support this. Also, many doctors are of the opinion that organs donated to extremely old persons generally go waste since their bodies are too old even with the new organ in place. What this sometimes leads to is that the organ gets infected with some disease already prevalent in the body of the person and thus the organ is rendered useless for any further use.

The debate regarding this is possibly never-ending. Possible solutions to this have been to devise a system which takes into account the age of the person as well. However, with demand so huge and supply so little, doing this is highly complex.

What are your views on this? Do comment in the section below.

The writer is a Senior Correspondent of Youth Ki Awaaz and a student of University of Delhi.