Now Charge Your Mobile While You Talk, Wherever You Are

You are talking on the mobile phone and suddenly you hear those two fatal beeps indicating low battery and you start panicking because you are in the middle of an important conversation. What a disaster if the phone switches off! Then quickly you start looking for your charger and every time the charger fails you at the most important moments in your life — you can’t find IT! What will you do now? A mobile owner’s biggest problems are these — low battery and misplacing a charger and not finding it at the right moment. Now, all you have to do is KEEP TALKING! 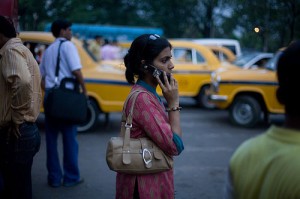 The basis of this technology lies in the small zinc oxide plates which are kept in between two electrodes and when sound waves hit these, it produces vibrations in the sound absorbing pads which are converted into electrical signals and can be used to charge the mobile. Although right now, the technology is still in its infant stages and the power generated is very small in millivolts and not enough to charge the phone entirely but it is surely growing!

All these new technologies are invented with the needs arising from everyday living. The need of having to charge your mobile was a big nuisance and this led the researches to use existing noise in the environment along with music and speech of humans to convert into electrical energy to charge mobiles. All this could lead to a whole new world of technological advancement but it comes with its own flaws — if you start shouting into your mobiles just to charge it more!

Lets hope this technology becomes publicly available and comes to our country soon. 🙂

Why Do We Provide Free Advertising To Brands On Social Media?

Are We Truly Valuing The Technology We Have At Our Disposal?

How Can You Use Shorter Attention Span To Your Advantage