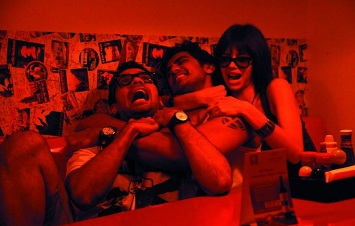 A few days back we asked our Facebook community about their thoughts on whether they thought that movies like FALTU, Shaitan, Always Kabhi Kabhi, have represented the youth correctly or not. Here are some of the interesting responses:

Chandwani Lalit: Commercially they are correct.

Prathamesh Mulye: The recent youth centric movies are not even closer to what a ambitious youth of worlds fastest developing country would think

Rachit Sharma: They are stereotyped depicting only a strata of youth who constitutes not even the half of us. Things are changing rapidly except Bollywood.

Sreeja Bhowal: We need more of the hard-hitting variety… so that it makes us delve into serious problems of our society more often

Surath Bhattacharjee: I think the modern youth is inundated in the stiff competition that the world is presenting them with… there is really no place for frivolity – 24/7… and a movie released at a time when some colleges are demanding ridiculous cut-offs is surely gonna mold the minds of those who believe that the young age is all about beer and skittles!

Kapil Mehta: Not really! These days directors and producers are not repressing what the youth needs-their self-identity… Recent hit song- D.K Bose can explain it better than anything else which if sung fluently brings an abuse on tongue… I am very peeved to say that our youth is being distracted by music like munni badnam hue… Shila ki javani… and movies like Dabang, and many more which have just become a source of making money and not more than that.

Ashish Anand: No… not even close to that

Tripti Singh: Mostly. They touched the upper layer of the over-ambitious, raunchy and Facebook generation but still a lot is yet to be pictured.

Susmita Lakra: I too believe that such youth centric movies are distracting the youth who do not have a sense of what is right and what is wrong.

Shivangi Mittal: I think we need movies which represent the youth in a more realistic way. There is more to us than drugs, parental pressure, and faltu-ness.

Do you agree? Let us know what you think about the topic. Post a comment in the section below.

‘Majhe Jeevan Gaane’: A Quest For A Lifetime By Maheshji Kale

10 Ways To Improve And Evolve Your Personality