In an official statement released by MiD Day, “Mr Dey was one of the pillars of the MiD DAY newsroom for the last four years, and as one of the seniormost investigative journalists in the country, was an invaluable asset to the newspaper. He brought depth to our investigative reporting, and he conducted his journalism with honesty and integrity.”

For followers of the journalism industry, and journalists themselves, Dey was a mentor in the field of crime reporting and investigative journalism. He was one of the best known, fearless journalists to have been working in Mumbai on stories that exposed the mafia and underworld activities there. Dey did not inform anyone of any threat, neither did he himself suspect any fear during the course of the last few days.

The Mumbai police suspects the hand of the Mumbai criminal mafia, whom he had relentlessly exposed while a part of The Indian Express, and continued to do so at the MiD Day newspaper as well. J Dey was the author of the book “Khallas: an A to Z Guide to the underworld” and “Zero Dial: The Dangerous World of Informers”. 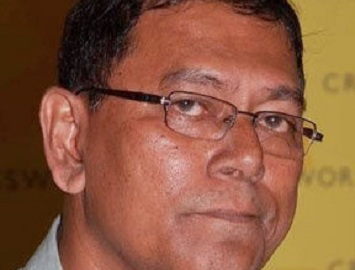 The industry stands at loss and shock. We believe that journalism will not bow down to goons and mafia that stops voices like that of J Dey. His murder is an attack on the freedom of press.

We respect his courage and offer our condolences to his family and loved ones.

Dey is survived by a wife and child.