A mandate which was formally launched to ‘protect’ civilians turned out to claim nine innocent lives. In the dead of night, around 1 am on 19th June, an aircraft barged into a two-storied building in a residential area. Following this event, in the wee hours of Monday, 20th June, another air-strike killed fifteen, some forty miles to the west of Tripoli. 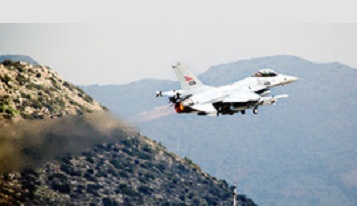 This specialized operation, Unified Protector, was activated on 31st march 2011 and one of their sole elements was to protect the citizenry from potential threats by the Gaddafi regime. Besides that, vessels from NATO keep patrolling the Mediterranean Sea as a part of the arms-embargo activities.

NATO, in the name of this operation, was allowed to conduct sorties and other air-strikes to target various Gaddafi missile camps. As on 18th June, exactly 11644 sorties had been performed in Libya by NATO.

In their defense of the fiasco, NATO said that there was some unprecedented and undetected technical fault in the air-missile and also that the attack was meant for a nearby missile camp. However, it was reported later there was no such camp near the affected area, which is, in fact, a rather poorer section in northern Tripoli, capital of Libya. Amongst the dead were a woman and two infants.

In opposition, there are claims by Libyan government’s spokesmen, Mr. Moussa Ibrahim, that such strikes are deliberately targeting the civilians as “…the logic is intimidation..” so as to mitigate their revolutionary campaigns and force the people to give up the fight.

The recent bombardment on Monday had targeted a compound which belonged to Mr. Khoweildi al-Hamidi, a close ally of Gaddafi. There were three grand children of Al-Hamidi’s who were amongst the dead.