She Laments: Time To Raise Our Voice Against Domestic Violence 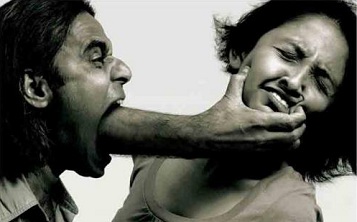 Roma’s parental background was never too ostentatious. They were simple people maimed by financial crisis. A pile of loans on her mother’s name and a drunkard father marked the beginning of Roma’s sterile career. She worked with an overseas firm, let go her education. A bright future in opposition to a sterile career. But she never had an option. A girl who topped her batch, had intellectual potency was just another damsel in distress then. In a couple of years, she could earn enough to support her mother. They run the house together.

Soon enough started the buzzing of her insinuating relatives “Sudha. She is of age now. Look for a suitor before it gets too late. I have a friend who is looking for a perfect match for her only son. How about fixing them up?” reverberated the articulated words of her aunt. Roma was a free spirit. She could never survive the chains of matrimony, she knew. Though technically less educated, she was intelligent and of pivotal importance in her home. While fate abandoned her, she cast off her life; in the hands of those who made her slog. For whom, women were no less than objects of pleasure and once done with gratification, had to be thrown away.

Roma’s in-laws were vicious. And her mother; helpless. Financially well-off, her in-laws never tortured her for dowry. The only blotch was her husband. A man absorbed in gambling. He knew well how to spend but never earned. He never wanted to earn. Initially fulfilled by his parents, he now had another money-vending machine at his say. Roma, subjugated by her husband was forcefully driven to work. Her in-laws, soon after their marriage, isolated their son and his new wife. They were on their own. But the sole-earner was Roma. Annealed into her own monotonous life, nothing made Roma feel at home. And so goes her life.

There are numerous ‘Roma’ around us. It’s time we listen to her screams. It’s time we save her. It’s time we raise our voice against this heinous crime that has not been protected under the penal laws of the country.

“Change Is The Only Constant”: Why Religions Need To Reform Themselves