Is Migration for Better Living Adding to Urban Squalor?

“Happiness is not something you have in your hand; it is something you carry in your heart.” In spite of being in the worst situation possible, they still manage to fight.

Mukesh, 29, from remote village of Riwa, Madhya Pradesh, came to Delhi two years back, when prolonged spell of draught forced him to migrate along with his family in search of livelihood. Like him, every year lots of people especially from Uttar Pradesh, Bihar, Chattisgarh and Madhya Pradesh migrate to metro regions. But question arises why do people choose to migrate? And is the migration to big cities a solution to their misery? 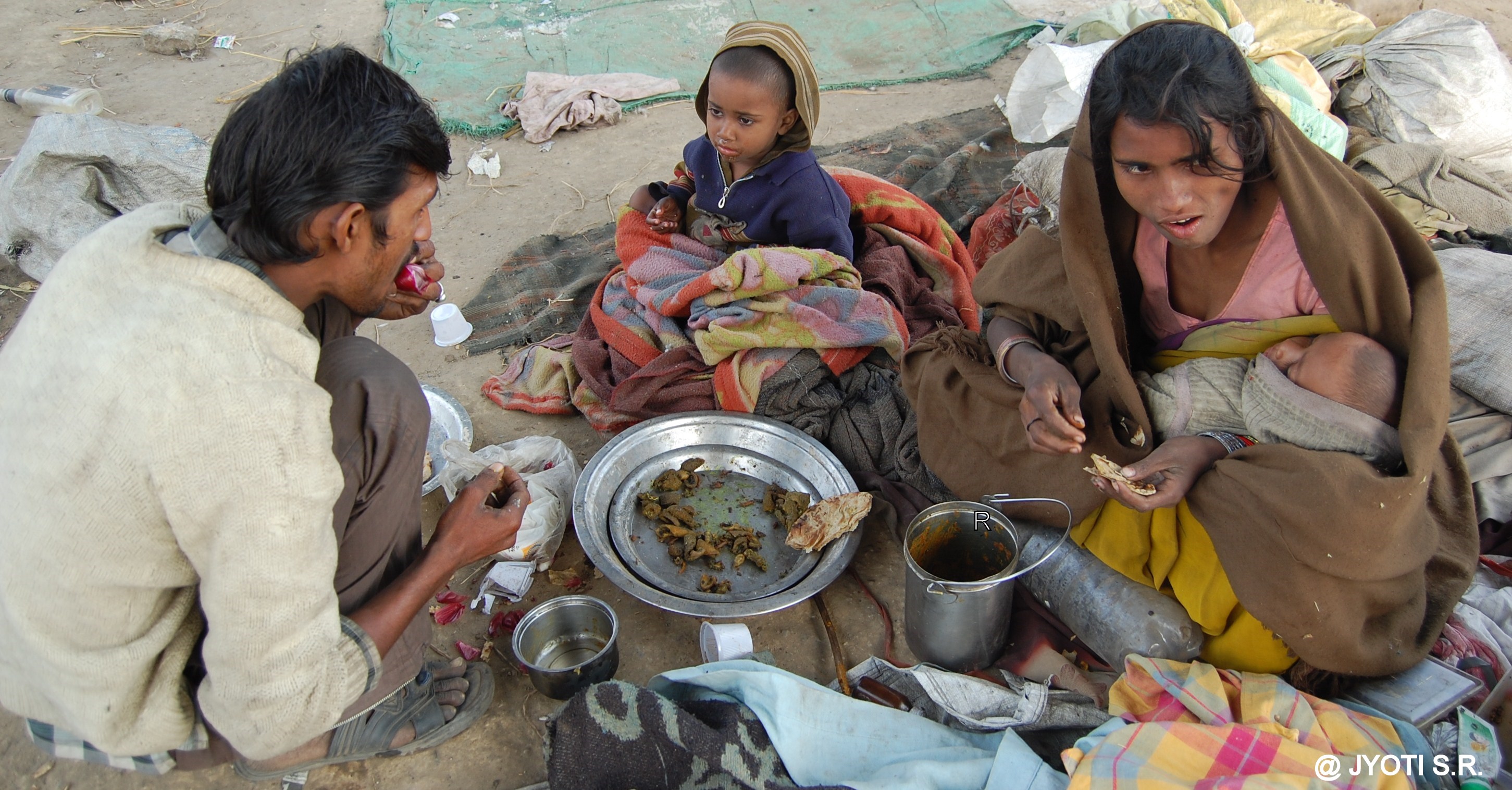 To look for better job opportunities and utilize their skill in a productive manner is the lookout for those who migrate from their native villages to bigger cities. But they end up adding to the urban squalor and slums in the cities. Day-to-day survival becomes a pain-staking struggle.

At his native place, Mukesh worked as a banskaar (one who works with bamboo) but after a draught he had nothing left to do there. He came to Delhi and after lots of struggle he finally managed to start pulling a rickshaw to eke out a living. Now when he looks at his family on the street, he says with tears in his eyes, “I had no idea then. Why did I choose to move with my family to Delhi? Here we don’t have shelter, food or support.”

Unhygienic living condition makes them more prone to communicable diseases. Medical care in such situation is impossible as they neither have money nor access to facilities. Phoola Kumari, 40 has seven children and is pregnant with her eight child. One of her seven children is suffering from viral for the last three days, “I have no money to purchase a medicine and I leaving my child on his own destiny” says Phoola.

Mukesh and Phool Kumari are not the only sufferers of this wretched situation. There are many others who come to Delhi with the hope of a better living but their life comes to a standstill after one point of time. At the end of the day, they become victims of harassment, violence and extreme poverty and when the struggle for survival crosses all limits, they might get involved in criminal gangs, trafficking, smuggling, begging and theft.

They do not get any support from government officials or the police. Infact, the police often gets orders from the higher officials to shift them to a different region or put them all under one roof. A police officer at Sarai Kale Khan bus-stand, New Delhi says, “They are in such large numbers. We often find them on streets begging or indulged in notorious activities which disturb the law and order of the society. We are ordered to either push them out of the city or replace them to the shelters at remote areas.”

The question still continues to exist, “Does moving to big cities help to end their hardships or does it make the situation worse for them?”

Image: Copyright of the photographer. Please DO NOT COPY.