A doctor is regarded next to the Almighty by several people all around the globe. It is considered as one of the noble professions. How much practice and accuracy must be required to train the humans for saving the lives of people can be very well understood by an instance from the Indian mythological texts. The Hindu mythology states the importance of medicines & medical practitioners.Â Lord Rama, considered a God, could not heal his woundedÂ brother, LakshmanÂ who was hit by the arrow. His life was saved only when Lord Hanuman brought the mountain containing ‘mritasanjeevani’. 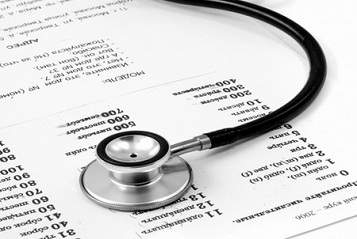 Hence the task of a doctor comes with great responsibilities. The challenges begin with the very first step of grabbing a seat in one of the medical colleges. It is sad to state that the much coveted MBBS degree is on sale since the past few years – with the introduction of management quota seats, much to the relief of students who fail to clear the entrance examinations. Gone are the days when students used to study all night long to secure a seat for themselves in the medical colleges. And even after so much of toiling, the results were left to the destiny. However with the passage of time, the scenario has taken a complete 360 degree turn. Nowadays, just hard work is not the only required criteria to earn a MBBS degree. Sometimes money does all the wonder. A 21st century medical aspirant can choose not to burn the midnight oil and yet get admission in a college of his/her own choice.

The admission process has become pathetic with the colleges caring more for money rather than delivering good doctors. The sanctity of the profession is no longer maintained. Medical Council of India gives approval to new colleges as well even if they don’t satisfy the minimum requirements laid as per the rules. Consequently it leads to the students with no proper aptitude, guidance & training to become certified doctors which can act as a threat to the nation.

We’ll ‘Allow’ Our Daughters To Complete Class 12, That’s More Than Our Relatives

Why Can’t My Parents Understand That Humanities Students Get Stressed Too?