Prisoner or VIP? Still a Question

We, the people of India, are very well aware of the reports about the VIP treatment that our very renowned convicts are enjoying in Tihar Jail. These high-profile prisoners are none other than the ones accused in the 2G spectrum and the Commonwealth Games (CWG) scams. In the past, Bhartiya Janata Party (BJP) candidate, Varun Gandhi, too tasted the allegations of getting the VIP treatment at a prison in Pilibhit. 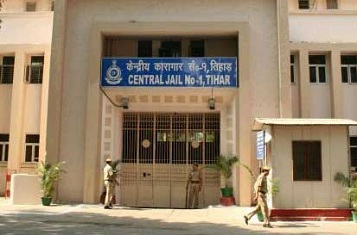 According to the Director General of the Prison, Mr. Neeraj Kumar, no inmate asked or is being provided with any special treatment. Kanimozhi has been given a separate cell with attached toilet, a television, a fan and a light. She is also allowed to have South Indian food which cannot be termed as VIP treatment as this facility is given to other prisoners as well.

Former communication minister, Mr. Raja, is provided with Tamil newspapers and home-cooked food twice a week which the court has allowed him. Other than this, no high-profile prisoner is extended any extra facility, unless permitted by the court.

The man behind the gigantic CWG scam, Mr. Kalmadi, too, did not pose any special request to the authorities and is also not being given any special treatment as such.

On the other hand, reports also said that Brijesh Kumar Garg, a trial court judge, had found Kalmadi having tea and snacks with the jail superintendent in his chamber during his surprise visit to the jail where he is kept. He also found Vikas Yadav and Vishal Yadav, who are serving a life term for the murder of Nitish Katara, strolling in the jail garden at a time when they should have been locked inside their cells.

The court, on this issue, has passed on the orders and has asked the vigilance cell of Tihar Jail to probe the situation at the earliest and submit its report.

But, it is for sure that this case has put up a question mark on the jail authorities as they are the ones who insisted on the fact and boasted a lot about treating their five-star inmates like the common prisoners.