Salwa Judum: Is This The Real ‘Peace March’?

It was termed as a peace march initially – that would help in countering Naxalite violence in a more humane and peaceful way, but tribals equipped with arms, lathis, swords, axes, bows and other tools of destruction which centre and state government referred to as SPO’s (Special Police officers) were not even close to the word “peace”. These SPO’s have been appointed by the government under the Chhattisgarh police regulation. These SPO’s have been provided military training by the security forces to tackle the problem of violent Naxalism. 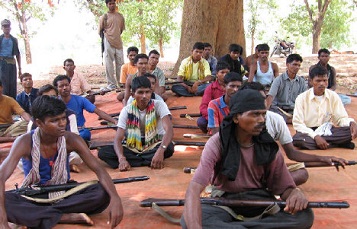 The responsibility of these Salwa Judum activists, or rather their accountability is not accept by the Government. The government provides them with grants and full state protection. The whole operation of these officers is non-punishable by the government which further leads to atrocities on innocent people by them. Salwa Judum intensified the violence because Naxalites also retaliated with attacks on camps.

There were allegations made by two Public Interest Litigations in Supreme Court that over 500 killings, 99 rapes and more than 3000 houses were burnt by the Salwa judum in last three years. On the contrary, police is claiming that just because of Salwa judum they have managed to kill 500 Naxalites. Now, there are questions rising on the strategy made by the government. The number of people killed by SPO’s is more than the number of Naxalites killed.

Recently, the Supreme Court has declared that the deployment of tribal youths as Special Police OfficersÂ as illegal and unconstitutional – either as ‘Koya Commandos’, Salwa Judum or any other force – in the fight against the Maoist insurgency and ordered their immediate disarming. In the verdict, the Supreme Court has also criticized the act of arming youth and said it’s the violation of Article 21.

Chhattisgarh Government now seeks legal advice on the issue but the question is still unanswered – how will the bloodshed stop? The Supreme Court has rightly said – if you want to fight the insurgency then it should done by lawful means because the main reason behind it is inequality, corporate interest and mining.

There should be a participatory development in the area and equal justice should be provided to the people if government wants to stop the violent insurgency.

The Importance Of Cleanliness In Indian Society