Petrol Prices Hiked: How Will It Affect You?

Oil companies have decided to hike the petrol prices by approx Rs. 3.14 per litre by midnight. The decision of the second big hike in the last four months was taken after a long meeting of the heads of the companies.

The reason of the rise was claimed to be the weakening of the rupee against the dollar. The oil companies claimed that they are losing around 15 crore rupees per day. According to them the gap between the domestic prices and the global prices has increased tremendously in the past time. 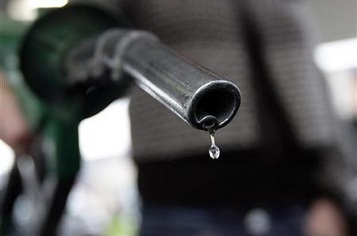 Petrol is not the only area of concern but these companies are also losing 263 crore rupees per day on selling diesel, LPG and kerosene below cost. All these three items are being sold at subsidized rates.

On Wednesday, the rupee fell to the lowest of 48 per dollar since September 2009. This fall affected the market and the as a result the petrol will be sold at a prive 3 rupees more than the existing price all over India.

In delhi, the price till today was Rs. 63.70 per litre but it will increase to a round figure of around Rs. 67 perlitre. In Kolkata, the petrol price is already very high at Rs. 68 but it will now go up to Rs 71. Same is the case of Mumbai where the price will cross the Rs. 70 mark.

All the angry political parties, which include various UPA allies also, have decided to boycott the meeting of the ministers on LPG.

Will the price hike of petrol affect you? Share your views.

How Can We Build A Truly ‘Social’ Stock Exchange?

What Role Does The Bombay Stock Exchange Play In The Indian Capital Market?