Political Bribery – Only An Indian Phenomenon? Not Really

Ranging from election rigging, to military-political corruption, political bribery has become a pervasive and inescapable truth of our everyday life. This is the case not only in India, but in several nations around the world. Even though it remains inconspicuous, political bribery and corruption exist behind the shadows. For example, let us take the scandal that occurred in Russia, over the illegal casinos. Although the men who began this issue were clearly to be persecuted, nothing was done because the law enforcement officials had higher priorities — their self-interest. Among the more shocking happenings, the former Prime Minister of Croatia, Sanader, was charged and arrested a year and a half ago for having bags of money sent to him from public enterprises. Some of the most ridiculous and the most appalling cases of political and government bribery stem from America. Take, for instance, the Bill Jefferson incident, where he stored over $90,000 in his freezer to hide it from authorities, or the more famous incident, when the former governor of Rhode Island, Di-Prete, was charged with going into a dumpster in an alley to retrieve his illegal bribe, which lost him his reputation forever. 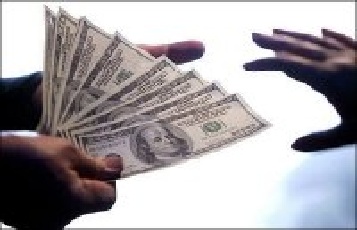 Political corruption and bribery have various effects on the community, including economic effects as well as social and communal effects. Not to mention, it makes people trust the government less and makes them more wary about their leaders.Â  Furthermore, it affects the environment in a negative way. For instance, the government uses legislation and regulation as a way of sustaining the environment. It puts limits on levels of pollution that a certain firm may reach, and if that limit is crossed, a fine will have to be paid by the firm. However, in such a case, if government officers and executives are bribed with ease, companies may take advantage of it by violating their grants. This may have adverse effects on the environment, ultimately leading to market failure. Also, corruption through political bribery leads to poverty. For instance, in Bihar, around 80% of the subsidized food aid that is meant to be received by the poor is filched by officials.

Apart from these, there are several other unfavourable effects that political bribery can have on a society, which is why it is important to plug corruption as soon as it begins. If it is too late, “A government is but a carcass, and soon falls by its own corruption and decay”, in the words of Amos B Alcott.