Science Fiction; Read It, And Then Feel It

Part of the inhumanity of the computer is that, once it is competently programmed and working smoothly, it is completely honest.
Isaac Asimov

There is no dearth of people, who have gorged on the massive dinosaurs in Jurassic park, journeyed with the mutants in the X-Men series, fantasized over the humungous robots of transformers, or loyally followed the star wars series. The list would go on, along with the craziness for science fiction. Over the years, the sci-fi genre has attained massive popularity, but mostly in the motion pictures. 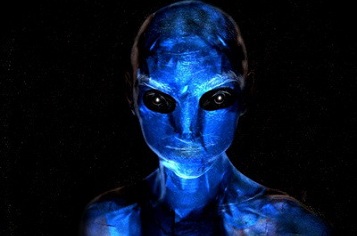 Agreed, with out of the world special effects and the unbelievable coming alive on the screen, the dry pages of the book becomes far less attractive. Yet when given a chance these sci-fi novels can blow your mind in a far splendid way than any movie did.

Science fiction is widely recognized as speculative fiction. Works in this genre have storylines that explore ethical, societal, philosophical, scientific and rational issues and questions. Authors utilize a setting that establishes otherness of time and place, a setting outside of everyday reality and very far in the future to allow for the discussion of new, challenging and sometimes controversial ideas. So when the movies are made, the glamour of the motion pictures takes away these ideas substituting them with the magnificence of the special effects.

While reading a sci-fi, one doesn’t have to be very aware of the scientific subject. The writers use a certain scientific theory that may very much be fictional but at the same time is rooted to science as a subject. And this rootedness helps the reader to connect themselves and their worlds with the futuristic world of the novel. Wikipedia reports that according to a science fiction writer Rod Serling, sci-fi is “the impossible made probable.” Mark C. Glassy argues that the definition of science fiction is like the definition of pornography: you don’t know what it is, but you know it when you see it.

There are various genres in science fiction itself; here’s a list of the most popular ones. (Source wikipedia)

Science fiction is commonly spoken as the literature of ideas. And experiencing it is a great treat for the mind. Yet India is still to come up with a good sci-fi novel. Sci-fi is vast genre and only by reading it will one experience the real message behind the glamour of the action and the characters.