India has witnessed the steadfast growth of retirement communities which provide an independent lifestyle and care to the elderly population. Privileges offered to residents range from on-campus medical facilities and the best medical alert systems to canteens, making it a convenient destination for them. 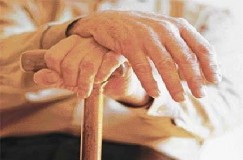 However, the affordability of such a luxury is limited to the creme de la creme of society, the elitist few who, in a country with over 41.6% of its population below the poverty line, have the financial resources to splurge. The remaining unfortunate end up at dingy, free-of-cost retirement homes, while others limit their existence to the nooks and crannies in shanty slum huts, under bridges and in pipelines.

The nation itself refuses to address the problem, with the issues of rising cost of living and a rotting government policy that finds more use on paper than in practice. Meant to cater to over 100 million older people as per the estimates of the Technical Group on Population Projections, the National Policy on Older Persons visualises a system that will extend support for financial security, healthcare, shelter, welfare. Yet, the implementation of the same seems to have taken a beating in the previous years.

Financial year 2011-12 comes with new hope as age limit gets lowered from 65 to 60 years. However, the broad net of only those below BPL (spending Rs. 31 or less in urban areas and Rs. 25 or less in rural areas) being considered to avail of the Rs. 500 pension benefit stated, sieve out most of the persons needing to avail of the governments schemes. This leaves a rather large population of elder people unaccounted for and without any aid.

The question remains whether a country should be developed for the entire population, not just laying emphasis on the working class, or whether the city’s elderly must continue to live in retirement resorts and in abandoned pipelines without even the basic amenities promised to every human being.

By Be a Bridge for Change - BBC

Hi, I am your ‘Dustbin’. Could You Please Listen To Me Once?

Periods, Sex, Love Marriages: When Will Our Society Be Ready To Bust Taboos?

Opinion: Has The Ram Mandir And ‘New’ India’s Politics Put Secularism At Risk?