The overall sex ratio – the number of females per 1,000 males – is falling across the globe. In India too, the boy-girl sex ratio has altered tremendously in the past few decades. More recently, the skewed statistics are very visible in urban areas — most shockingly in our very own posh south Delhi where the popularity of the banned sex determination tests is loathsome. 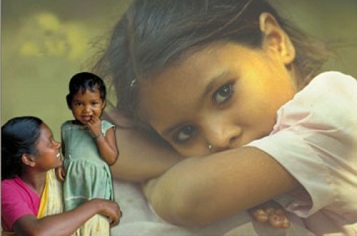 However, certain measures are being taken across the country to curb the practice of killing girls before or shortly after birth. The President of India, Shri Pratibha Patil expressed concern over the skewed sex ratios in her address to the nation on the eve of India’s independence this year.

The challenge to put a full-stop on female foeticide has been taken up by Goa government. The government is offering a special monetary scheme to girls born in the state on or after April 1, 2011, provided the mother is not less than 19 years of age at the time of the delivery.

Under this scheme the state government will provide Rs 25,000 in the form of a fixed deposit in the name of the girl child. Goa cabinet passed this scheme to encourage birth of girls.

As per the latest statistics, Goa’s sex ratio is 968:1000.Â Meanwhile, the Planning Commission has constituted a Working Group on “Development of Children” for the Eleventh Five Year Plan under the chairmanship of the Secretary, Ministry of Women and Child Development with the basic objective to carry out a review of the existing approach and strategies along with the programmes for protection, welfare and development of children and make suggestions/recommendations for the Eleventh Five Year Plan.

The mid-term appraisal of the Tenth Plan expressed concern with regard to adverse child sex ratio, the rising incidence of female foeticide and infanticide, persistently high infant child and maternal mortality rates, wide gender gaps in child health and education as well as low female literacy and escalating violence against women etc. The concerns expressed in the Mid-Term appraisal are reflected in the current status of the girl child.

Therefore, it can be concluded that India’s declining child sex ratio can be reversed if we use laws effectively.