I was glancing through various old news reports of Anna Hazare’s August fast and came across the report of Anna ending his fast. The statement read, ‘Five-year-old Simran and eight-year-old Iqra, a Dalit and a Muslim girl from neighbourhood of the New Delhi’s Ramlila Maidan, were especially invited on the stage Anna Hazare called off his 12-day long fast’. Taking a glass of water from two young girls was symbolic, but what was the need to mention their caste in news reports? Wouldn’t Anna’s fast have been successful if the glass of water was given by a Hindu girl? Were the girls randomly chosen or specifically chosen by team Anna for their caste qualities? India is through and through a divided nation, a nation divided on the lines of caste and religion, miraculously held together by a thin thread called ‘Indianism’, which is tattered at many a points in its entire length. 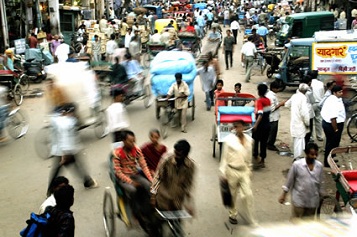 We may proudly claim ourselves to be Indians of a new shining India, but in the deep minds of ours we are a Telugu Brahmin or a UP Kshatriya or Sindhi Buniya. Outwardly we proclaim ourselves Indians but within ourselves we are a fragmented society. And this division is entrenched in our brains from childhood itself, just as easily as the caste of the two little girls became important when a great crusade was to see its culmination. The media too feeds on such sensational news and is bothered more about TRP ratings than creating awareness and a neutral opinion.

Our political, societal, economic and educational systems and policies are such that the cracks of division are clearly visible from younger days onwards. Be it the reservation system that creates uneasiness and uncomfortableness between students and young aspirants or some of our age old mundane religious practices that creates differences, our minds are averse to accepting others as equal and treating them as we would like ourselves to be treated.

On a recent trip to some villages in Tamil Nadu, we found it shocking to hear that caste clashes are common and often violent and occur not only between the upper and lower castes but also between the backward castes and the scheduled castes. Such caste divisions that divide the society not once but many times should be eliminated from our society.

Since this system is like an old tree with deep roots, removing it is no easy task. But slowly putting a systematic effort in this direction by creating better awareness among people, through education of young minds and also reinforcement through strict rules and regulations is necessary to curb this social evil. It is a sad fact that despite much progress in science and technology, primitive practices such as these are followed in heinous ways by many in our society. Changing the mindset of the people, especially the younger generation, is essential to root out this evil.

The diversity of our land should never be allowed to be an albatross around our necks. We as proud Indians should strive to exemplify the unity in our diversity. Diversity is a gift and is to be respected and valued and not fought over and made into a dividing factor.