By Youth Ki Awaaz in Health and Fitness, Sci-Tech

Scientists have developed a new gadget which they say turns a mobile phone into a powerful medical tool that can detect heart problems within 30 seconds. The “Smartheart” connects to the trendy smartphone and converts it into a hospital grade heart monitor capable of performing electrocardiograms in just 30 seconds. 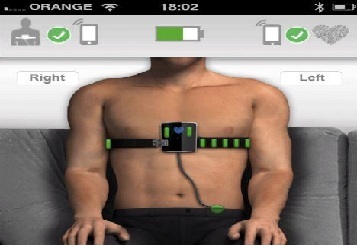 The USD 480-device, developed by Telemedicine, hooks around the user’s chest and records their heart rate by measuring its electro-activity. The gadget can be connected to an iPhone, BlackBerry, or Android device via Bluetooth, allowing the user to view an ECG in detail, and email it to their doctor. Instead of a traditional ECG, which uses several monitors stuck to the body, Smartheart has just one and the scan is completed in 30 seconds.

The device, which can also send the user an alert if it identifies an irregular or abnormal heart condition, has been welcomed by heart experts. “This device is a major breakthrough and could save lives,” said Dr Joseph Vettukattil, a congenital cardiologist at Southampton Hospital in London. Dr Vettukattil said: “One of the biggest problems with detecting heart conditions is that their symptoms happen when the sufferer is at home. “By the time they get to the doctor they have stopped. With this device however it will be easy to take a recording which can then be analysed by a doctor.

A spokesman for Telemedicine said: “This will transform phones into a fully functioning hospital-grade heart monitor. “Smartheart addresses the most crucial factor related to heart attacks – time. Within 30 seconds, anyone can record a scan and have it transmitted to their doctor.

“It can be used anywhere, by anyone, and is a real breakthrough in technology.