Serendipity: A Key Component Of Life, And Discoveries

Are all important discoveries the result of focusing on one subject? I disagree. Patience, perseverance and concentration do play an important role in achieving the desired goal but it should be noted that ‘serendipity’ is also a key component of scientific discoveries and inventions. Serendipity is defined as ‘the fortunate discovery of thing’s one was not looking for’. It is true that any advancement in any field would require immense focus and dedication, but at the same time history has also recorded many instances where accidental exposures of information have resulted in a new discovery. 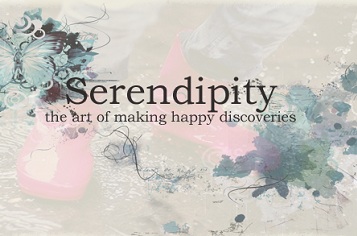 An example of serendipity in science is associated with Alexander Fleming and his discovery of pencillin. He accidentally left a Petri dish of staphylococcus bacteria open and a mold had got inside which had appeared to have killed around the bacteria. It turned out that it was the fungus pencillium and he turned the fungus into a groundbreaking anti-biotic. Another example would be Albert Hoffman, the Swiss chemist who discovered LSD properties by unintentionally ingesting it at his lab. He wrote, “Discovery of LSD was a chance discovery. It could better be described as Serendipity.”

It is critical to note that chance favors only the prepared mind. As is evident from Isaac Newton’s famed apple falling from a tree, leading to his theory of gravitation. The discovery of the planet Uranus by William Herschel, who was looking for comets and identified the planet, goes to show that the fruits of serendipity favor the alert mind. Do you still raise your eyebrow with skepticism reading this? Well, everybody’s favorite chocolate-chip cookie was invented through serendipity. Corn flakes, everybody’s staple breakfast, were discovered by the Kellog’s brothers when they left cooked wheat unattended for a day.

An inquisitive and open mind is the requirement for any discovery done by a scientist, a musician, a teacher or any other ordinary man. Once discovered, hours of research, proofs and focusing on that serendipitous discovery follow!

Meet Chotu, The Hardworking Car-Washer Who Has No Complaints From Life

Ahsaas Channa Is Shining In Bollywood At Just 21!

Opinion: Here’s Why Muslims Should Support The AIMIM In UP