Who Does This World Belong To? 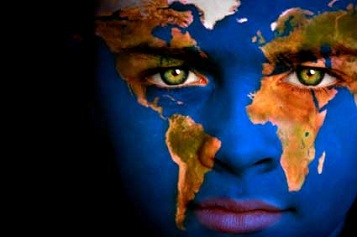 “The world belongs not to the rulers in the empire,
But to the leaders who have a passionate desire.

The world belongs neither to engineers nor MBAs,
But amongst those who can create and innovate.

It does not belong to those who irrationally eradicate,
But to those who analyze, see the trends and can estimate.

The world belongs to not those who fear,
But those whose goals are clear.

Not to the parents who scream and shout,
But to those who teach what life is all about.

Not to the children who dislike parents for scolding,
But who are in the generation backed by careful molding.

Not to the women who bear wrong or fight,
But to the strength that moulds it beautifully right.

Not to the men who stand on roads and eve tease,
But to those so capable of loving that they genuinely please.

No, it does not belong to hundred wrongs,
But to an Anna Hazare who stands for a hopeful cause.

The world is not for unheard cries,
But for those who don’t give up trying.

Not to those judge the fish by its ability to climb the tree,
But to those who have the power to fly free…”

We are tomorrow’s hope. Often we see “practical” as what is the case. True. But if we practice the change, the truth, peace, sense of belongingness, it will become practical. All we need are voices, a common belief that belongs to neither you nor me but to the betterment of the place we are in. There is a concept of Demographic dividend that we economists study which tells us how the current population of India today and in times to come belongs to the “working class” as there are going to be more YOUTH than dependents. However the problem that we face is that will this be fully utilized being a developing (not yet developed) country due to lack of efficiency and equity?

We are young, growing, moulding ourselves to form ourselves, careers, lives, looks, families etc then why not better sets of beliefs? Let’s practice the change, till its practical. Let’s ‘feel for’ lesser frustrations, dissapoinments, and more efficiency and beauty in life. Hope we are together to voice our choice.