Interview With R Balki, The Man Behind Lowe Lintas, Cheeni Kum and Paa

By Youth Ki Awaaz in Interviews

The man renowned for creating advertisements which keep your eyes glued to the TV screen has a simple dictum: “Big decisions in life are like lollipops.” For R Balakrishnan a.k.a. Balki , an interesting commercial borders on the extreme. For instance, in one of his ad films he links population control to lack of entertainment. It is not just ad films. He has broken new ground with his feature films ‘Cheeni Kum’ and ‘Paa’. The Chairman and Chief Creative Officer of Lowe Lintas (India) believes in keeping things simple, as this interview by YKA’s Principal Correspondent, Pushkal Shivam, should illustrate. 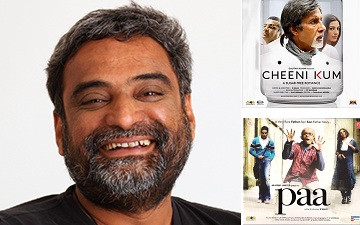 What are the considerations when you try to tell a story through an ad film?
It must be interesting and it must be a story that is likeable.

How did storytelling happen for you?
Because nothing else happened. When you tell a lot of lies in your life, you get to tell a lot of stories.

How did you manage the transition from advertising to bollywood so successfully?
It’s the same thing. It is just a longer ad.

If you were to characterize yourself, how would you do that?
Clueless.

Looking back at Cheeni Kum and Paa, which are the moments close to your heart?
It is the moment when I first thought of the idea and told it to Amitji. That is what I remember because you don’t remember anything by the time you finish the film.

On a slightly different note, what are the challenges that the advertising industry faces today?
To keep bringing out ideas day after day. To have the people who are interested in coming up with those ideas. To attract talent to the industry. To project it as a business that is like working in five companies as marketing directors. If you are working in one FMCG company, you are handling one product. In advertising you solve the problems of five products.

Could you tell us more about your next movie “English Vinglish”?
My wife is directing the film. It is Sridevi’s comeback film. It is in Tamil, Telugu and Hindi. It’s a fun film. A lot of our mothers don’t know English and they send us to great schools and we tease them finally. It is about the insecurities of a middle aged woman who doesn’t know English.

How The Climate Crisis Is Intensifying Human-Wildlife Conflict In India

By The Third Eye

“You Teach Me YouTube, I Will Teach You To Make Pasta.”

Interview: Meet The Medical Student Who Authored Her First Book At 22