The Story Of Nagaland: A Conflict Of The Past

Our country’s north-eastern states, which consist of Assam, Meghalaya, Tripura, Arunachal Pradesh, Mizoram, Manipur and Nagaland have been neglected for decades. Physical isolation of the states can be one of the causes for the negligence of these ‘Seven sisters’ as these states are connected to the rest of India by a narrow strip of land called the ‘Siliguri Corridor’. Although the north-east region is known for its unique culture, handicrafts, martial arts and scenic beauty, it is well known that the northeastern region lags behind the rest of the states in terms of development which is one of the reasons for the insurgency in Nagaland. 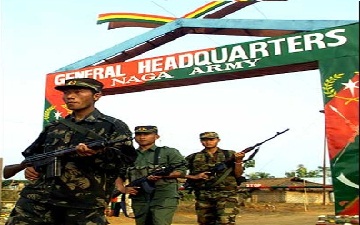 Nagaland, another scenic beauty, is a far north-eastern state where the main occupation of the people is agriculture. Nagaland is rich in flora and fauna and the biodiversity significance of this region has been recognized by WWF. But again, the state has been crippled due to insurgency and terrorism. Nagaland’s struggle for sovereignty could be understood only by the circumstances that paved way for this struggle.

Around twenty tribes are called collectively as the ‘Nagas’ and each of them were known to have their distinct cultural traditions. They had settled in the north-east corner of India for centuries ago and lived in anarchy. The sub-tribes of the ‘Nagas’ have been known to be war amongst themselves for supremacy.

The establishment of British rule brought Christian missionaries into the Naga Hills which befriended the tribes to an extent but couldn’t win over the staunch followers. This eventually led to resistance and the early movement thus marked its beginning in the 1830s. Though the British constituted the District of Naga Hills in 1866, it was not until the beginning of the 20th century that the Naga Hills became an integral part ofBritish India. Naga Separatist movement dates back to early 1920s when the Naga club submitted a memorandum before the Simon commission demanding their exclusion from the proposed constitutional reform in British administration in India. The memorandum clearly states the lack of social acceptance of the Nagas in the society and the various problems they face. It was a period where as India awaited its freedom from the British, so did the Nagas. They claimed that they had been independent until the British conquered their land and are entitled to be independent after the British left. These arguments elucidate that they have never felt being a part of India, nor were they treated as such.

Amidst all the revolts, leaders such as Phizo emerged and began campaigns which were in the interest of his own political ambitions. It is obvious that where the government fails, political leaders rise. The insurgency in the north-east thus began in Nagaland and was fuelled by the NNC when it took up the path of armed rebellion. This led to an upsurge in the Naga army. The declaration of Nagaland as a state in 1963 was said to be an attempt to place a new leadership which would support the Indian constitution .But this attempt infuriated the Naga army and made way for violence.

Post-independence, the number of people who have been killed in acts of violence is estimated to be nearly one lakh. The AFSPA which has been in force since over five decades has been a curse to the north-east as a number of reports floated over the time about the abuse of power.Â After enduring more than 50 years of bloodshed and trauma, the Nagas continue their demand for sovereign statehood. The Nagas long to have what they deserve, recognition, a means of decent survival, a social acceptance.