This week, our doodle columnist Shantam GoyalÂ expresses himself against the much controversial SOPA, which was being brought in to fight online piracy, however, the law, if approved would have been a big barrier towards freedom of expression on the internet. While talking of SOPA on TIME’s Techland blog, Jerry Brito wrote, “Imagine if the U.K. created a blacklist of American newspapers that its courts found violated celebrities’ privacy? Or what if France blocked American sites it believed contained hate speech?” Also, John Palfrey, co-director of the Berkman Center for Internet & Society, expressed disagreement with the use of his research findings to support SOPA. He wrote that “SOPA would make many [DNS] circumvention tools illegal”, which could put “dissident communities” in autocratic countries “at much greater risk than they already are”.

Thankfully, SOPA did not come about as a law and was rejected by the house. Freedom of expression had a victory. 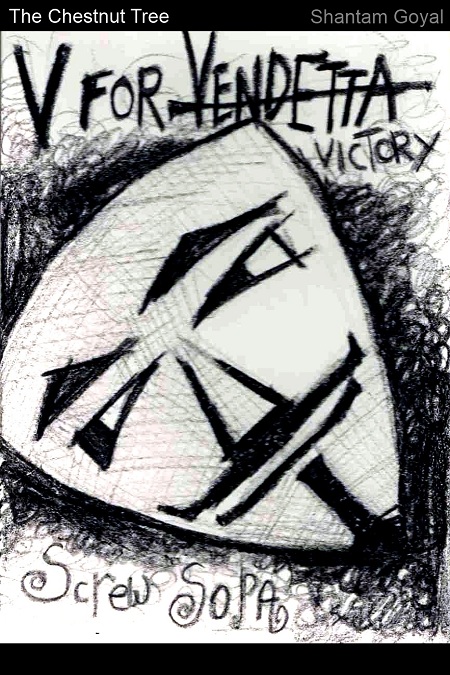 Shantam Goyal, An amateur sketch artist, and a student of literature at Kirori Mal College, University of Delhi, I have recently started exploring the world of impromptu, casual art. While my forte is portraits, this column ‘The Chestnut Tree’ helps me explore my hitherto unquenched thirst for all that is politically incorrect and not theme based.

Is There A Connection Between The Taliban Takeover And Kashmir?

From Costumes To Locations, Cultural Stereotypes In ‘Wonder Woman 1984’