Before the politicians go about introducing education schemes for girls, before they go around preaching the villagers not to kill their unborn girl children; the first issue that needs to be addressed is the sad scripts of the TV shows being aired. I had always thought that the soaps women watched on TV had a great impact on their lifestyle and thinking, especially the housewives. My thoughts were confirmed when I read an article in the National Geographic magazine describing how the status of women had tremendously improved in Brazil solely because their TV soaps showed empowered and strong women unlike the ones shown in Indian soaps who are weak, timid and submissive. 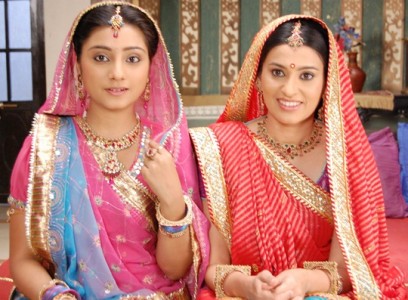 Each and every soap shown on Indian television is sexist. Even the so called matriarch (supposedly the head of the home) shown in some of the shows does nothing other than victimizing the younger daughters and ‘bahus’ (daughters in laws) of the house and teaching them how to be ‘good’. The submissive and weak ones are portrayed as ‘ideal’ and loved by all in the house while the ones that seem to have some fluid in their brains are shown as ‘modern, spoilt, immature’ and the men of the house are portrayed as ‘innocent lambs’ caught between a bunch of vivacious and cunning women.

It is an irony that a show which revolves around the marriage of an 11 year old girl is ‘supposed to send out a message against child marriage in India’, according to its producers, but ends up becoming like just another saas-bahuÂ soap. Firstly, the show does not focus on the agony of the child but has actually gained so much popularity over the years that people follow the styles and jewelry shown in that soap. The serial makers must keep aside their vested commercial interests for once and think about how wrong it is to make shows that remind Indian women of their pathetic condition and tell them that it’s alright to be like that.

The need is to produce TV soaps which actually prove that women are powerful and will definitely change the course of the nation. The need is to change the way the television silver screen addresses issues and familial ties.

Do you think that TV soaps will ever act socially responsible in that sense?