In a horrific incident that took place last weekend, national award winning animator for the movie RaOne, Charu Khandal was critically injured when a speeding Honda City car rammed into the auto rickshaw in which Charu was commuting. 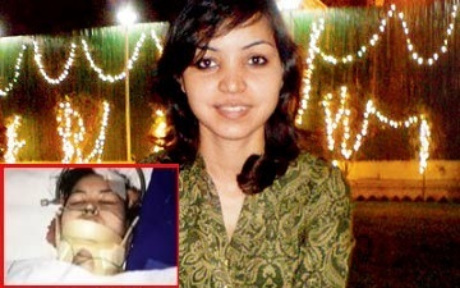 Eye witnesses said that the driver of the Honda City car, Manoj Kumar Gautam (39), was driving rash and was under the influence of alcohol. To add insult to injury, the driver was let off by the police on mere Rs. 5000 bail. The police argue that as there was no casualty in the accident, it cannot apply any non-bail able sections against the driver.

But doesn’t this incident raise some important questions that need to be answered. Most importantly, should there not be stricter laws enforced for rash driving? The culprit for making a person bed ridden for life can enjoy his normal life the very next day after the incident only by paying a few thousands. What kind of justice is this to the sufferer and the family of the sufferer?

Is there not a need for immediate introspection within us? How often have we got out of a party and have hit the road neglecting the fact that we are under the influence of alcohol. Excuses that we give to ourselves- It’s only a few kilometers. I can easily manage driving safely till there. Besides, I am not too drunk. What follows are incidents like these, in which innocent people lose their lives or suffer for a lifetime for no fault of theirs.

Nishith, a first year engineering student has great passion for writing. He has written for various
national level newspapers such as Hindustan Times and Dainik Jagran