October 27, 2010- Dr. Vinod Arya, the then CMO of Lucknow, was shot dead while he was on his daily morning walk. 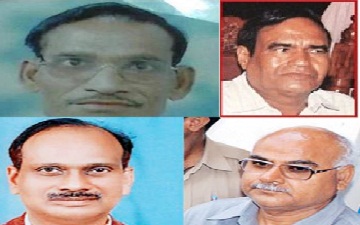 April 2, 2011- Dr. B P Singh, another CMO of Lucknow, was shot dead in broad daylight outside his house.

February 15, 2012- Shailesh Yadav, Deputy CMO of Varanasi, died in what police claimed to be a road accident.

All of the above cases took place in Utter Pradesh and it is somewhat startling to note that the murderers are still running free.

The murders of Dr. Vinod Arya and Dr. B P Singh have been said to be under the umbrella of the same Mafia. After investigation it was found out that the same gun was used to shoot both, even though both the murders took place in a span of 6 months. Two shooters, Ajay Mishra and Vijay Dubey, were arrested after being accused of shooting Dr. Arya, but this murder mystery remains unsolved till date.

Dr. Y.S. Sachan, who was the Deputy CMO of Lucknow at the time when Dr. B P Singh’s murder case took place, was also reported to be murdered a day before he was to be taken to court for hearing. Dr. Sachan was accused of being involved in the Dr. Singh’s murder case and was arrested for the same. Again, the mystery of his murder remains unsolved till date. Furthermore, earlier this year on February 15 2012, the Deputy CMO of Varanasi, Mr. Shailesh Yadav, who was being investigated by Central Bureau of Investigation (CBI) for being involved in the NRHM (National Rural Health Mission) scam in UP, died in a road accident. Interestingly, it could not be found whether it was an accident or a planned murder.

One common connection among all these deaths was the NRHM scam; all 4 victims were allegedly linked to it. This raises an obvious question as to why so many CMO murder cases are taking place in UP only and why haven’t they been solved in time? It could not be said that crimes are not taking place in other states of India, but the situation has become quite alarming in Utter Pradesh. This particular case paints a very suspicious picture and very obviously indicative of influence of mafia mixed with political connections working to silence the witnesses in the hearings and clear the path for their illegal operations.