Africa is not only the 2nd largest continent in the World but is also home to a wide diversity in terms of natural resources, wildlife, and cultural heritage among other things. The upsurge of human development in areas of technology and communication, industry and tourism has far beyond enriched the growth of Africa. 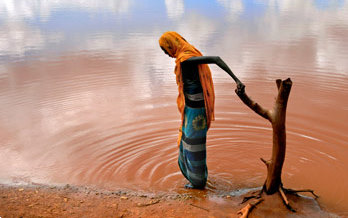 However, the continent is still lagging behind in resolving issues related to the environment, which is affecting the region adversely. Usually, all countries face the problem of environmental degradation partially due to human induction and partially because there are natural causes that are hitting the base of such issues. Land, water, climate, and humans are directly or indirectly being affected by the continuous degradation of environment.

I would, however, highlight one of the issues which is emerging as a major threat to the African environment- the lack of proper waste management. There are tonnes of imported goods entering the African borders from all over the world, which include electronics, food products, consumer durables, industrial equipment and raw material, etc. Almost up to 50 % of these goods are not under the purview of direct usage by the consumer and are converted finally as waste and unusable products. This residue of waste contains toxic and harmful substances. Not just the African land, but the coastal areas are also being affected by the entrance of such dangerous substance in the sea water.

There is a lack of an efficient system to dump, recycle and manage this waste via a proper channel, and currently a very low percentage of this waste is managed effectively. The investments made in areas of waste management need to be increased as the issue has become one of crucial importance due to the increasing volume of products entering the African zone. This bodes only further alarming increase in environment depletion in the continent.

There is a support structure in the form of organizations within the continent and from other countries who are constantly working towards Managing Environmental systems. However, there is a need for more innovative and upgraded strategies to build the channel via which the environment issues disturbing Africa could be mitigated.