The Rise of Tanzania

Tanzania is one of the fastest-growing countries in the east African region. Although currently trade and business has been the centre point for many regions in Tanzania, there have been significant changes due to technology advancements seen in business. As compared to the past, the local people over here have become more tech-savvy now, and thus are very selective and smart in making product choices. The competition has increased by a great proportion; however, trading in Tanzania still has better opportunities, both for large and small-scale traders. 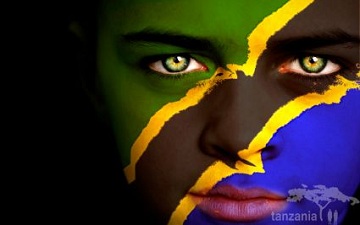 There is fierce competition everywhere in the country, and as a result, market survival has become very tough. Apart from this, the country is also experiencing security issues as there are open thefts reported in the commercial capital Dar-e-salaam and several other regions. Many expatriates from Indian and from other countries do not feel safe to move around freely.

Most of the people who have settled there are very professional, practical and have learnt to adapt in the tough market. Even Indians, especially from the Gujarat region, have made a solid base in this country. Many have set their own businesses there.

We also get to see certain areas in Dar-e-salaam which have been made ‘desi’. There are quite a few temples, libraries and hotels established in the city, which have a very apparent Indian influence, and are always graced by a good proportion of the Indian population residing in Tanzania.

Added to this, Tanzania is making growth in terms of exploration of its natural resources like natural gas, mining of coal, diamond, gold, etc., and also in tourism. It can be said that in the years to come, because there are many MNCs (Multi National Corporations) making healthy Investments in Tanzania in terms of trade and commerce, the country will be soon among the fastest growing countries in the whole of African Continent.

The Undying Legacy Of The British Era: UK’s Initiatives In India During Covid