The SEWA Movement: Empowering The Women!

Self Employed Women’s Association was founded as a trade union in 1972 by the noted Gandhian, Dr. Ela bhatt. It is an organization of and for the poor and self-employed women workers. It is headquartered at Ahmedabad, Gujarat and works in several states of India with a membership record of 966139 in the year 2008.

It all started as a mission to help women who depended on their own labour or small businesses to earn their livelihood, women who do not constitute the organized sector of the economy, and women who are the most vulnerable labour force of the country.

SEWA strives to achieve these goals through struggle and development. The struggle is against the many constrictions and limitations imposed on women by society and the economy. The strategy is carried out through the joint action of unions and cooperatives. Gandhian thinking is the guiding force for SEWA’s poor, self-employed members in organizing for the much awaited social change of gender equity. It follows the principles of satya (truth), ahimsa (non-violence), sarvadharma (integrating all faiths, all people) and khadi (propagation of local employment and self-reliance). 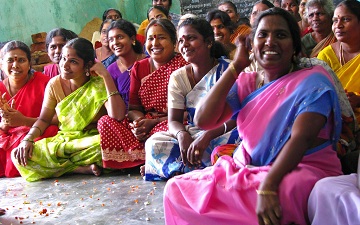 SEWA is both an organization and a movement. The SEWA movement is enhanced by its being a convergence of three movements: the labour movement, the cooperative movement and the women’s movement. But it is also a movement of self-employed workers- their own, home-grown movement with women as the leaders. Through their own movement women become strong and self-confident. Their tremendous economic and social contributions come to the limelight and become recognized.

To ensure that its members do not miss out on any opportunity to grow, SEWA has a host of other sister organizations working in this regard- SEWA Bank, SEWA Academy, SEWA Research, SEWA Housing to name a few.Â It is strongly supported by the World Bank which holds it out as a model to be replicated elsewhere. The pace at which SEWA is growing and working for the women, it is a good sign for a country like ours aspiring to become a superpower. As far as SEWA is concerned, there is no looking back, sky is the only limit.

How Anti-Caste Publishers Are Resisting Savarna Dominance In Literature