Restraint is not exactly her forte. She will perhaps make for a worthy case study at psychological labs. Indeed at a TV recent debate summoned to discuss one of her antics, en eminent sociologist ‘diagnosed’ her with paranoia. She, as you might have rightly guessed, is the chief minister of West Bengal, Mamata Banerjee. 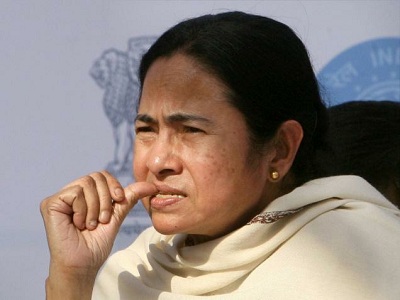 Having conquered the erstwhile Marxist citadel riding on heavy anti-incumbency, she has since tended to put an attitude of indomitability. But deep within lie a sense of insecurity and a fear that she might be unseated. She fears tough questions. She doesn’t like her shortcomings being pointed out to her. Critics unsettle her.

All the same, she has an even worse propensity to fly her own kite and go on about how it is her 1 year at the helm that saw the best of Bengal.

Typically, politics is dirty, and much so in India. It is about mudslinging, arguments and counter arguments.Â  But Mamata can be solely charged with disfiguring the rhetoric. Her tirade against CPM and anything distantly CPM like is ugly, fearsome. Not since independence has Bengal seen a more overbearing state. Badmouthing is all the rage in Mamata’s Bengal. And it is mostly the ruling party.

Mamata’s illogical statements and bizarre justifications have citizens worried. Her censorship tales are common knowledge. Arbitrary arrests under her rule on the one side and discretionary release of jailed partymen on the other side add up to a depressing incongruity.

Her hatred for CPM is understandable, not that it is allowed in democracy. But what’s downright intolerable is her labelling of all people as CPM’s agent who question her tenure, criticise her government’s functioning or point out the severe anomalies among her party and her cabinet.

And it so happened at a recent people show at a TV channel when university students gathered to engage in a Q&A session moderated by the channel’s senior editor. What ensued was absurd, deplorable and literally slanderous. Mamata went on to directly allege the students rightly critical of her government of being “Maoists”, “CPM cadre”, SFI members and everything anti-TMC. She wildly asserted that the audience was selected from an ultra-Leftist student block.Â  Clearly, it’s the same old conspiracy theory that Mamata resorted to. Bengal has heard this before. The nation has. Mamata has to get over her paranoia, stop seeing conspiracies everywhere, bite the bullet, and finally broaden her mind up.

And if she gets the time, she should start fearing the lull in Bengal. The storm might not be too far away.