“Live Below the Line” Campaign Continues to Gain Momentum Worldwide

By Youth Ki Awaaz in Volunteerism

The ‘Live Below the Line’ campaign was founded in 2010, with the goal of changing the way that people think about poverty. Through challenging individuals to survive on the equivalent of the extreme poverty line for a total of five days, the Oaktree Foundation has created widespread awareness of the issue, whilst also raising funds for educational projects in impoverished communities. 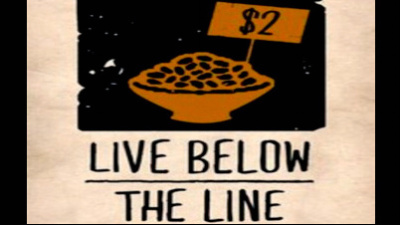 Demonstrating the growing success of the campaign, more than $1, 795, 000 has been raised in the last month alone. Schools, universities, companies and individuals have participated in the campaign, each contributing to the growing success. Money raised through the campaign is being implemented in a diverse array of aid projects, such as building schools in Cambodia, training teachers in Papua New Guinea or supporting micro finance programs in East Timor.

‘We wanted people to better understand that extreme poverty isn’t about the starving children we see on TV, it’s about impossible choices that none of us can possibly imagine. For example, a mother having to choose between finding enough food to feed her family over the next week, and buying a potentially lifesaving course of antibiotics or medicine’.
Whilst it is undoubtedly important for people to be aware of the prevalence of poverty, it is equally important for individuals to know that campaigns such as Live Below the Line can make a difference. Importantly, the initiatives that are currently being supported through the campaign can provide a platform for individuals to lift themselves out of poverty.

Importantly, the campaign is not a standalone initiative. The Oaktree Foundation has mobilised over 100,000 young volunteers to take part in various campaigns and initiatives. As one of the fastest growing international development organisations, the foundation is run entirely by young volunteers, aged below 26.

In addition to the Live Below the Line Campaign, Oaktree has successfully led anti-poverty initiatives such as the 2006 MAKEPOVERTYHISTORY concert in Melbourne. Similarly, in 2007 and 2010, Oaktree led the MAKEPOVERTYHISTORY Road Trip campaign, which assisted with securing a commitment from the government to increase foreign aid by $4.3 billion.
The success of the 2012 Live Below the Line Campaign suggests that the prevalence of extreme poverty is now an issue that an overwhelming number of groups and individuals want to address.

Interview: From A Confused Graduate To An NGO Founder Helping 100s

Self, And Other Matters: Anurag’s Journey Of Change

In Pehchaan The Street School, Achievements Are The Results Of Progress.