Violence in Syria: When Will it Stop?

On May 4, 2012 students held an anti-government protest at Aleppo University in Northern Syria. They were then followed to their rooms and attacked by pro-regime students as well as armed government supporters. 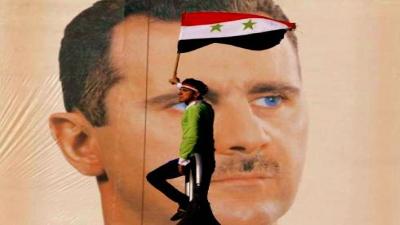 1500 students were part of the protests, 200 of which were arrested. Armed government supporters brought tear gas and live ammunition after hearing of the student activities and till now five have been killed. Students that support the current regime had knives on them which they used to attack the other students.

Anti-government protests have erupted all over the country in the past year, but had not made it big in Aleppo. The location of the protests is significant because it is a major city full of students of diverse backgrounds from all over Syria. Their protests were against President Bashar Assad and Assad family rule where many of the students are rebellious and protest the party, saying “We don’t want you Bashar!” from their rooms. It is clear that the citizens aren’t able to express their opinions freely, at every point their expressions of opposition are only met with violence and fear.

UN Secretary-General Kofi Annan has led a project that will bring monitors into areas so that the violence can be curbed by implementing a ceasefire. There are also people called truce observers who visited other parts of the country to interview residents.

The state-run school is now going to be shut down. I don’t understand why the students should be punished by the closure of the school. Because they can’t meet at school, they can still meet elsewhere, if put in jails, they can still assemble. However, this is a serious issue and at least 9000 students have been killed since the revolt began. The international community is having trouble calming the violence, including Kofi Annan’s work.

The Syrian conflict is being reported in the news for a long time and still the conflict persists strongly. The UN can risk their lives going in there, but there isn’t a clear prospect of peace. In this same week, the son of the Syrian Social Nationalist Party’s leader was shot to death by terrorists. There is a problem, but the solution is a political one that will require some maneuvering from within the system as well, not just protests from the outside.