Afghanistan Or Aghast-nistan- The Story Of Unwanted Girls

The recent spates of attack on girls going to school have once again brought to limelight the old demons of Afghanistan: The Taliban. In May & June this year itself 225 girls ended up in hospitals due to poisoning. History is replete with such attacks wherein countless girls have either been killed or fear has been instilled in them not to cross the confines of boundaries set by the society. Prior to 2001 when Taliban was ruling its ideology was to never let women mix with unrelated men. Those who resented were severely punished and acid thrown on their faces. After 2001, when they were overthrown, these heinous acts of crime toned down but not completely eradicated. 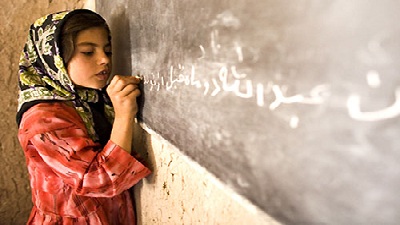 Statistically 87% of Afghan women are illiterate. Only 30% of the girls have access to education. In more than 80% of rural districts, there are no girls in secondary school. With traditional beliefs such as girls should not be taught by male teachers being highly prevalent within families, the Afghanistan government has an uphill task ahead of them. There is a dire need to change perceptions among the locals.

Women empowerment is intricately linked to the social development, economic growth, security and effective government. The nation’s prosperity can never be dreamt if half of its population is lagging behind in education. Thus providing education to girls is of prima donna status. Investing in girl’s education is the single most effective development decision a country can make. Every social and economic index shows that with a higher percentage of women with a high school education also have better overall health, a more functional democracy and increased economic independence. In Afghanistan women are seen as the repository of family honor hence investing in education should withhold this belief.

The Afghan government has an onerous task at its hand to remove all impediments to girl’s going to school. Increasing the number of women representatives in Afghan government would make their voices heard in unison and would reverberate for change. In certain areas upon successful completion of education girls are given free ration of oil and flour. These incentives act as a sign of encouragement for the poor families to send their daughters to schools. The government and society need to work hand in glove to bring about a radical change.