Book Review: The Immortals of Meluha, By Amish

India is a religion obsessed country and Amish knows it well. ‘The Immortals of Meluha’, his first book in the Shiva trilogy, aims to humanize theÂ MahadevÂ of the Hindu pantheon and portray him as a hero-cum-rockstar instead.Â The novel is set in Meluha, or the Indus Valley Civilization, and includes history, action and some romance. 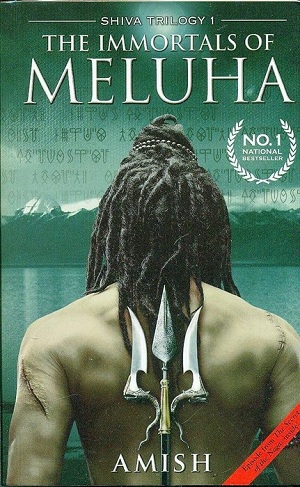 The basic plot is that Shiva, the blue-throated Mahadev who was prophesized to save Meluha, has to lead an attack on the Chandravanshis, the arch-enemies of the Meluhans, in order to save the river Saraswati. A subplot includes the mysterious alliance of the Nagas, a sinister race, with the Chandravanshis and the resulting terrorist attacks on Meluha.

The best parts of the novel are the ones which describe Meluha, its systems, its customs and its weaknesses as well. For instance, the book describes the caste system as fluid and purely merit-based, which maintains justice instead of denying it.

But, the novel miserably fails in the characterization of the protagonist itself. The pulp-film-hero treatment of Shiva, probably done keeping in mind the Bollywood crazy Indian audience, just feels inappropriate with the settings. Excessive use of words like ‘damn’, ‘bullshit’, and ‘idiot’ in his dialogues sound plain weird with the other Sanskrit words used all over the novel. It is Shiva’s insecurities and inner conflicts that actually make the readers believe that he is human instead of his amateurish dialogues.

Overall, this book is a good read for the average reader. But, if you are accustomed to reading good historical or mythological fiction, then don’t expect much. This book is too simple and rather pulp fiction like for the veteran reader.

Dhritiman Ray is the self-proclaimed president of the fictitious Vagabonds Club. To know more visit deerayolia.wordpress.com[/box]