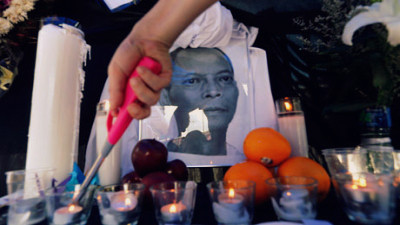 Li Wangyang was a former Chinese labour rights activist, member of the Workers Autonomous Federation and the Chairman of the Shaoyang WAF branch. He had advocated for independent labour unions in central China’s Hunan province and was caught in the nation-wide crackdown on all forms of dissent after the Tiananmen Square democracy protests were squashed in 1989. He served twenty-one years in prison on charges of counter-revolutionary propaganda, incitement, and subversion. After one year of his release from prison, Wangyang was dead under disputed circumstances.

The relatives doubted the officials’ account, pointing out the fact that Li was virtually blind and deaf and unable to walk properly from his years of mistreatment in prison. Moreover, he was being monitored by up to 10 police officers in a day and it seems almost impossible for him to have managed to slip a bandage around his neck and tie it to a window without them noticing.

Wangyang’s brother-in-law Zhao was suspicious of his death because he had never expressed a desire to kill himself despite the hardships that came his way. The activists who saw the news and the videos on internet have also suspected the same since Li’s feet were touching the ground.

Zhou Zhirong, an activist and a family friend, told that Li’s relatives were detained in a hotel. According to a local activist, Huang Lihong, the police came to hospital and took the body away preventing the family from confirming the actual death-cause.

Analysing the entire story, considering the takes of both the sides, first being the officials and the other being Li Wangyang’s relatives and activists, it becomes quite apparent that there is a hidden element to it all. According to a recent update by Human Rights in China, relatives of Li Wangyang are being held by authorities. HRIC has learned from an informed source that the sister and brother-in-law of Li Wangyang were taken to a hotel on June 7 and are being held there. The source said that the couple feels isolated and fear for their safety. Zhao’s cell phone constantly encountered a busy signal. In addition, two friends of the couple have also been put under police surveillance.

This intrusion into their personal space is definitely a sign of suspect and inquisition. Even HRIC is deeply concerned about the safety of Li’s sister and brother-in-law and urges the authorities to immediately restore their personal freedom and ensure the right of Li’s family to retain legal representation of their own choosing.