The Washington post on 23rd June published an article regarding Obama’s attack on Romney for outsourcing jobs in India. It is not the first time Obama has criticized outsourcing of jobs. 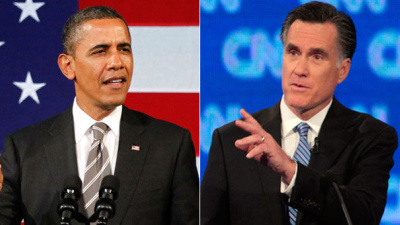 Obama in September, 2010, asserted his administration would offer tax benefits only to those firms which would create jobs in the country, a step that would have hit Indian IT firms in a big way.

“We believe on tax breaks for those firms that create jobs in the US. So we are beginning to do that,” Obama said at a press conference. This time he has attacked his Republican rival Mitt Romney for shipping American jobs to China and India.

He regards the issue of outsourcing a challenge for the country and has always made outsourcing of jobs from ‘Boston to Bangalore and Beijing’ a campaign issue.

“Governor Romney and his allies believe that we should go back to the top-down economics of the last decade. They believe that if we eliminate regulations and we cut taxes by trillions of dollars, we just leave the market alone, that everybody will prosper,” Obama said in Miami Beach. “They argue that if you help corporations and wealthy investors maximize their profits by whatever means necessary, whether it be layoffs or outsourcing, union busting or whatever means are available, that will automatically translate into jobs and prosperity to benefit everybody.”

Not only Obama but also, the Vice President, Joe Bidden, has accused Romney as a venture capitalist who sent US jobs oversees and paid no importance to the impact on American workers. The outsourcing is not only done in India and China but also in Singapore.

The Romney campaign in its defense has argued that the reports are not accurate and do not emphasize on how work done overseas benefits US exports.

“The president and I don’t see American workers as part of the problem. We see them as the heart of the solution,” Romney said.

Now it is for the voters to decide whose side they would take regarding this issue.

The Curious Case Of Teleprompter Vs Modi