21st century is exploding with population where unlimited consumption of food and goods are ultimately resulting in more & more trash, pollution, health problems and toxic garbage. I am an inhabitant of a small district of Madhya Pradesh, where these tetra packs and garbage are lying unchecked. This problem is affecting the surrounding environment and underground water resources, because not having the ample space for a garbage bin, the trash lies on the ground clogging the streets and pipes. 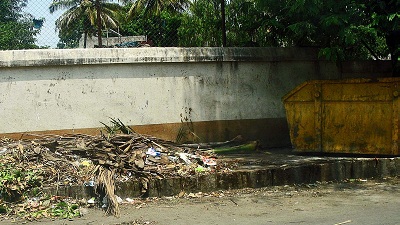 Not having the sufficient garbage cans, people of locality throw the garbage where they find any vacant place or just where they are standing, without the concern of where that trash will go and how it will affect the area.
In the year 1994, a beautiful city of Gujarat, Surat, witnessed a serious epidemic plague due to the waste which acted as a breeding ground for rodents. Without adequate disposal measures, the trash may be hazardous both for humans and nature.

Plausible solutions: We can put all possible efforts for solving the problems by following proper planning and use of strategy. Some possible solutions are:

– Spreading awareness among the people of locality may prove as a foundation about describing the detrimental effects suffered by people due to the litter scattered around.
– It is a job of Municipality to provide adequate disposal bins to each locality and suggest a plan for stopping improper garbage disposal system.
– More and more awareness should be provided to people about the techniques of recycling. They should be advised not to throw things like paper bags and polythene, which can be recycled, and should be used as an alternative.
– A complete and effective garbage disposal system (like garbage bin and cans, sufficient land for dumping) should be installed at any public function or religious function in the locality so that the trash won’t go anywhere.
– Sometime there are garbage bins situated in the locality but the size of those cans is not enough to stop the overflow of waste materials. So there must be proper size garbage bin so that they can be utilized to their full extent.

So these are some possible suggestions for better garbage disposal rest in up to the ethics of the people and their sense of cleanliness.